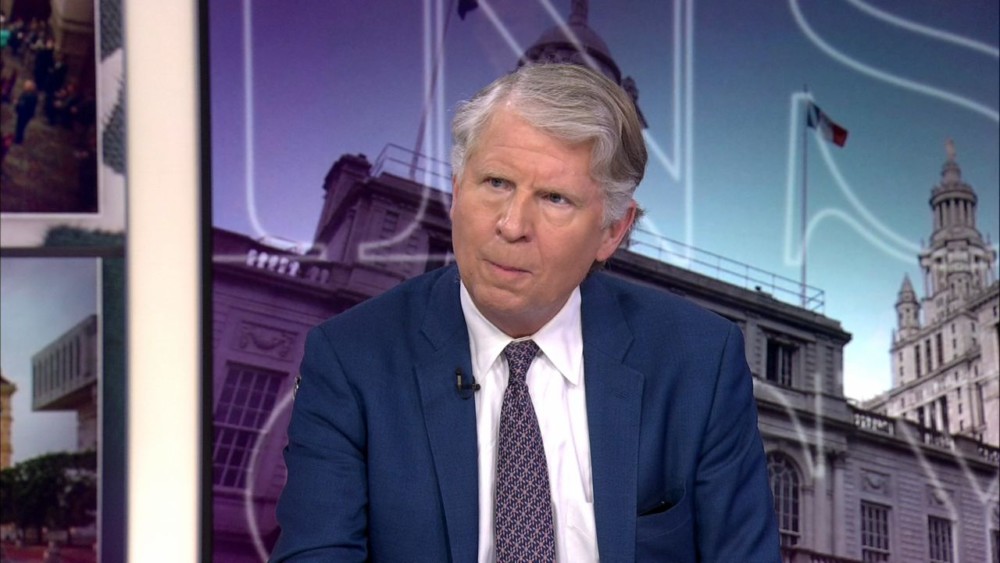 The New York police and New Yorkers have just been dealt a harmful blow. Derrick Ingram, the 28-year-old, Black Lives Matter activist and co-founder of the Warriors in the Garden collective was accused of shouting into an officer’s ear with a megaphone and causing damage. The charge, a second degree assault and a felony, carried a sentence of seven years in jail. Now it is a slap on the wrist.

Ingram was released from custody Saturday afternoon, as the Manhattan District Attorney’s Office reduced his charge to a misdemeanor. The judge granted the request and is not named.

Manhattan DA Cyrus Vance and the Manhattan District Attorney’s Office on June 5, 2020 announced it will not prosecute non-violent protesters “in the interest of justice.” I guess this crime is now considered non violent?

By the way did you know DA Cyrus Vance sought reduced offender status for Jeffrey Epstein and Harvey Weinstein? Jennifer Gaffney, who worked for Vance asked a judge to reduce Mr. Epstein’s sex-offender status to the lowest possible classification, which would have limited the personal information available to the public, and would have kept him from being listed on a registry of sex offenders for life. He then back tracked and said the request was a mistake and made without his knowledge. However his office still took Epstein’s side in the hearings. Mr. Vance also declined to prosecute Harvey Weinstein on the 2015 charges. He also has failed to fully prosecute motor vehicle offenses that result in death or serious injury to pedestrians and cyclists. Remember the British tourist? Despite a history of driving offenses, and admitting that he intentionally hit the gas before entering the sidewalk, the cab driver was able to regain his cab license, and no charges were filed, thanks to Vance. Another notable Vance case was the Dominique Strauss-Kahn sexual assault case,

A spokesperson for the Manhattan DA’s Office said: “Our office does not condone the extraordinary tactics employed by police on Friday. These actions were disproportionate to the alleged offense that occurred two months ago, and unjustifiably escalated conflict between law enforcement and the communities we serve.” Mr. Vance maybe you need to ask the communities this affects.

This incident came to a head on Friday when Ingram, awoke to cops with the NYPD’s warrant squad banging at his door at 7 a.m. He immediately took to his instagram account to rally his supporters. For the next five hours, dozens of officers urged him to surrender, claiming they had a warrant, but declined to provide one. 100’s of protesters battered the police, as Ingram stated “I’m highly traumatized from everything, from the drones to the dogs to the lies that have been told by the NYPD”. Ingram stated; “I think we should focus our efforts on getting Commissioner [Dermot] Shea out of office.”

Though the media has been saying that Ingram was the one who was harassed, on Friday I received the following two messages from someone who was there.

“Hello there…..just a bit of news. …there are about twenty police cording off 45th street between 9 and 10.  ..they are pursuing an active investigation…..talk soon”

“Hello there. I wish you had been here to see this. I would like to write about it as it was mortifying. I never saw such rude people to the police in my life. It was an excuse to dump on the police and it was disgraceful. The police had the presence of mind to tolerate all these disrespectful people.”

After talking to my friend, I learned as the police tried to do their best they were being mocked by some angry, vitriolic people. “It was horrifying. I felt like I was watching a mob mentality. My beautiful neighborhood in Manhattan become home for a lot of angry unhappy people. In seeing how the police were able to handle this potentially dangerous situation, I have a new respect for their fortitude and patience.” She saw the other co starters of the Warriors in the Garden screaming obscenities to the police. She watched as Livia Johnson, who floated in and out and Chivona Newsome angrily yelled on their megaphones, as another black girl demeaned and berated a black female cop, who stood and took it. By the way this group has 38.7k followers

Not everyone agrees with what has happened.

John Cardillo@johncardillo·7hManhattan DA DROPS felony assault charge against BLM leader who assaulted an NYPD cop. @ManhattanDA Cy Vance (same guy who initially threw the Harvey Weinstein case because Weinstein’s lawyer was a campaign donor) is as radical as they come.

Eliza Orlins@elizaorlins·Aug 8I hope even Manhattan DA Cy Vance will agree that “megaphoning while Black” should not be considered a violent felony.

Rosemarie S@Rosemarieusa1·6hReplying to @joshdcaplanJust keep letting criminals get away – wait till they come for your family. And they will.

Matthew Betley@MatthewBetley·7hReplying to @johncardillo and @ManhattanDAAt some point, what can be done to these irresponsible, dangerous, political DAs who won’t do their jobs?

Rebecca Kavanagh@DrRJKavanagh·1hThe problem with @ManhattanDA statement on Friday’s attempted arrest of a Black Lives Matter activist is that the tactics employed by NYPD weren’t extraordinary at all. And they condone them every time they prosecute a case where police have done the exact same thing.

New Yorkers should be asking themselves what will happen if the police abandon the city!

G. H. HARDINGMay 22, 2022
Read More
Scroll for more
Tap
The Glorious Corner
What To Watch August 10th To Take Away The Blues