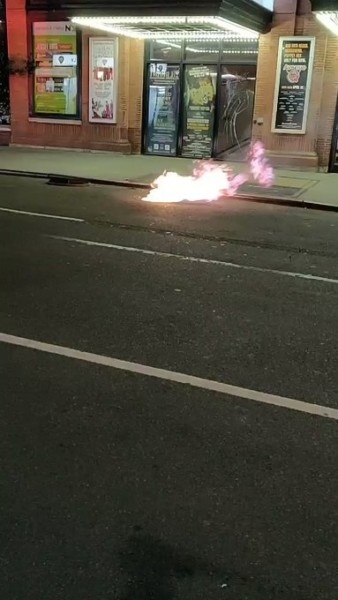 Did you know on Saturday a series of manhole fires forced the evacuation of the New World Stages theater complex where performances “Jersey Boys”, “The Play That Goes Wrong,” ”Puffs”, “As Spirited History of Drinking” and “Avenue Q” were just starting?

No injuries were reported. “Thankfully, no one was hurt,” said Michael Coco, senior director of theater operations for the Shubert Organization.

The fires started at around 8 p.m. at West 50th Street near Eighth Avenue and were under control by 9:15 p.m.