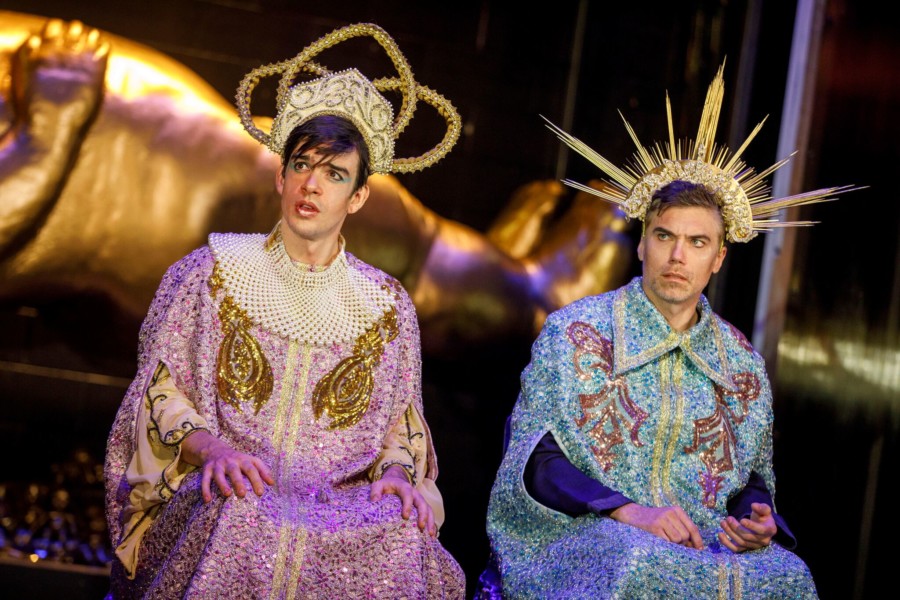 Mankind Where Women Are Extinct and Theater is Bitingly Sarcastic

Mankind Where Women Are Extinct and Theater is Bitingly Sarcastic 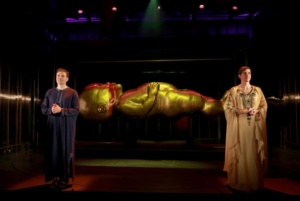 Robert O’Hara ‘s new satirical play Mankind, at Playwrights Horizons, is a farce meant for millennials and those who thrill at self indulgent rhetoric. Many New Yorkers will find this exactly what they are looking for, but I found it amusing during the first act and dull by the second. I am not exactly a fan of shows that have agenda’s, where they try to shove their views down ones throat and Mankind definitely fits that mold. Religion, abortion, #MeToo movement, feminism and politics are play a part in this highly expensive piece of theatre. For most of the show I just kept wondering why spend so much money on this show and spend money they did. The set by Clint Ramos is intricate, the costumes by Dede M. Ayite bejeweled, the hair, wig and make-up designers J. Jared Janas & Dave Bova over the top, Alex Jainchill’s moody lighting, original music and sound by Lindsay Jones and the expansive video projections by Jeff Sugg, all cost a pretty penny. 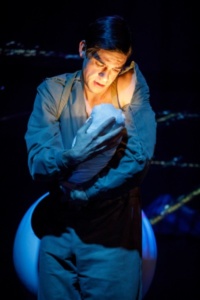 Mankind takes place in a dystopian future where women are extinct. We first meet Mark and Jason, f**kmates for the past few weeks. Suddenly the following scene takes place. 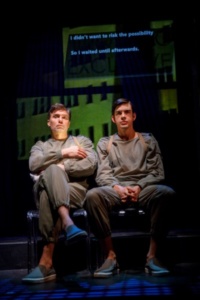 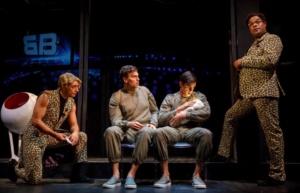 This is important to note, because this scene happens more than once, as a matter of fact, four times and the question is why? 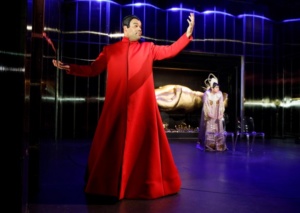 Mark wants Jason to have an abortion, which turns out to be illegal. Jason’s OBGYN (David Ryan Smith),  is a state-sponsored doctor who works for the World Power Authority. Abortion has been illegal for 50 years before wo-men (the weaker sex) was extinct. Mark and Jason end up in prison for attempted murder. Jason miraculously delivers a baby girl, the first one born in 100 years. Naturally the world is curious about this and Mark and Jason utilize this opportunity to make money and get out of jail. They sell their rights to appear on live TV with their new celebrity offspring, Cry-Baby, who dies on camera. Mark and Jason and Cry-Baby become overnight messiahs of a religious movement named Feminism. Their followers take it one step further wanting to “Prepare the world for the return of SHE” by “removing all sanctions to the female body… And killing all non-believers.” In the end the movement becomes where society has headed. 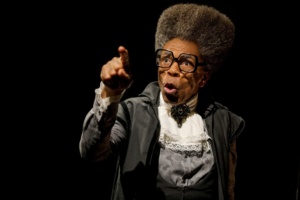 The cast is excellent. Bobby Moreno and Anson Mount make us believe their superficial relationship. André de Shields almost steals the show as the prosecutor who tries the pair for murder, then turns around as the father of Mark. Stephen Schnetzer as the prison warden, the fabulous scene stealing Ariel Shafir as Bob and David Ryan Smith as Bob and others, all take their parts as far as they can go. 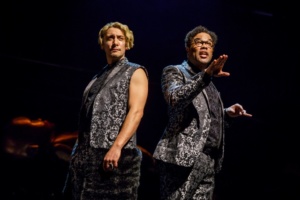 O’Hara has a wicked sense of humor, but he fails to truly outline his world. We are expected to just take everything that is said for granted, but the play leaves more questions than answers. First, how is it that man can give birth? What happened to all the women? You get the feeling, that this man hates his own kind, if not the world. I could understand it better if Jason and Mark didn’t keep on trying to sell themselves and their child to the highest bidder. If there was something or someone to care about, but in Mankind we have entered a society of non caring. This is a toxic world in more ways than one. 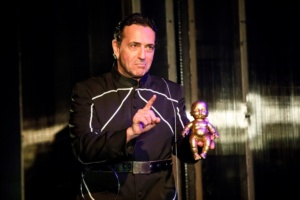 O’Hara, who directs his own work needs another eye. Maybe then we could see all of what he is trying to say instead of it being so muddled. 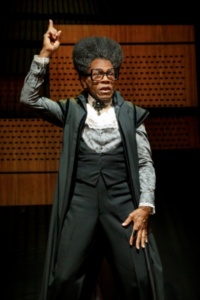 Mankind is meant to make feel uncomfortable, but I just found it too self indugent to care. 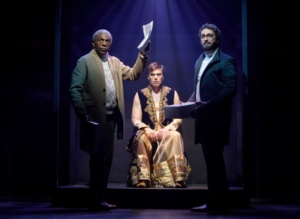 Suzanna BowlingAugust 5, 2022
Read More
Scroll for more
Tap
The Skivvies Back By Popular Demand to Feinstein’s/ 54Below
Sutton Foster Returns For The 15th Anniversary Reunion Concert of Thoroughly Modern Millie To Benefit The Actors Fund