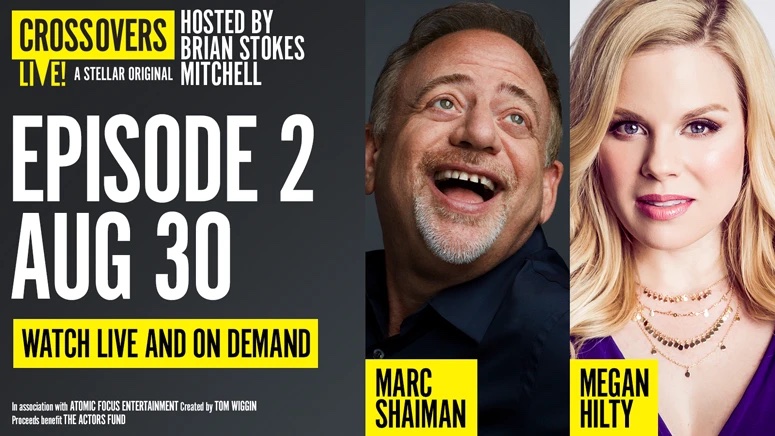 Best known for collaborating with Marc Shaiman to create her “bombshell” performance as Ivy Lynn in hit television show Smash, Tony and Grammy-nominated actress and singer Megan Hilty also joins for this episode. Hilty, acclaimed for her Broadway performances in Wicked and 9 to 5: The Musical, currently stars on the Netflix Original Centaurworld. Tune in for a night of unheard stories and unfiltered conversations – plus a special performance!

Join on August 30th at 8pm for all the fun. This show streams live and on-demand

Crossovers Live! is a Stellar Original series, produced in association with Atomic Focus Entertainment, and created by Tom Wiggin.