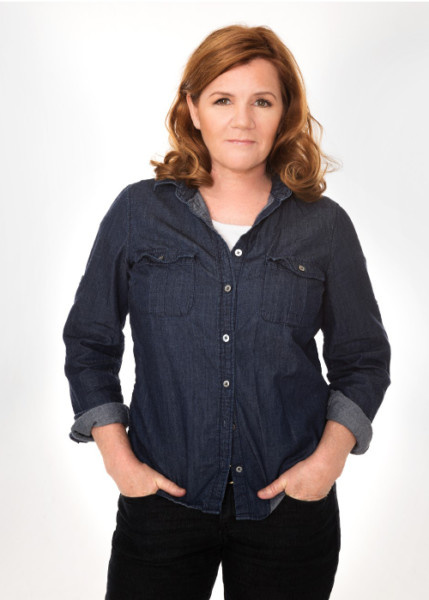 Acclaimed actress/singer-songwriter Mare Winningham make her Café Carlyle debut, October 29-November 2. Mare Winningham was seen most recently at The Public Theater in the Olivier Award-winning Conor McPherson/Bob Dylan musical Girl from the North Country. She has released four albums of original songs, including her “Jewgrass” (Jewish country folk) record, a collaboration with Tim Crouch, fiddle and mandolin player extraordinaire, who will be joining her onstage for the engagement alongside his brother, renowned bassist Dennis Crouch.

During a forty-year career as an actress she has garnered many accolades. She was nominated for an Academy Award for Best Supporting Actress for the 1995 film, Georgia, and won the Independent Spirit Award for her role in the film, which included live performances of her songs. She has received Golden Globe nominations, SAG Award nominations, Independent Spirit Award nominations, and eight Emmy Award nominations, including for her performances in Mildred Pierce and Hatfields & McCoys. She won Outstanding Supporting Actress in a Miniseries or Movie for Amber Waves and George Wallace. Her other film work includes St. Elmo’s Fire, Miracle Mile, Turner & Hooch, Brothers, and Swing Vote. Her television work includes The Affair, four seasons of American Horror Story, and the upcoming HBO series, The Outsider. She made her New York stage debut in the 2007 Off-Broadway musical 10 Million Miles for which she won the Lucille Lortel Award. She made her Broadway debut in the 2013 revival of Picnic. In 2014, she was nominated for a Tony Award for Best Featured Actress in a Play for the original Broadway production of Casa Valentina.

Performances will take place Tuesday – Saturday at 8:45pm. Reservations can be made online via Ticketweb. Café Carlyle is located in The Carlyle, A Rosewood Hotel (35 East 76th Street, at Madison Avenue).

Originally opened in 1955, Café Carlyle is New York City’s bastion of classic cabaret entertainment, a place where audiences experience exceptional performers at close range in an exceedingly elegant setting. Since composer Richard Rodgers moved in as The Carlyle’s first tenant, music has been an essential part of The Carlyle experience. No place is that more evident than in the Café Carlyle.

American Airlines in-flight magazine, American Way, recently included Café Carlyle within their 2018 Platinum List as one of the Top 3 Music Venues in the World.