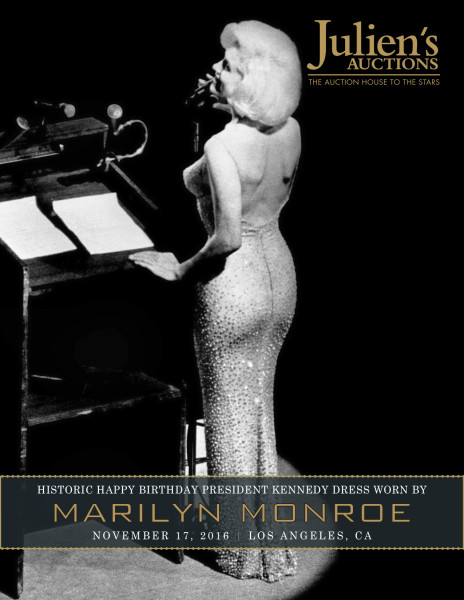 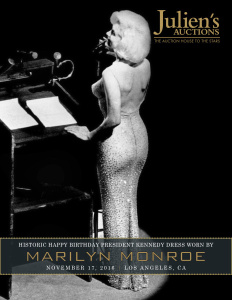 Julien’s Auctions, the world-record-breaking auction house to the stars has sold the world’s most iconic dress of all time – The “Happy Birthday Mr. President” dress worn by Marilyn Monroe on Saturday, May 19, 1962, at a Democratic fundraiser and early 45th birthday celebration for President John F. Kennedy at Madison Square Garden. The dress sold for $4,800,000 tonight.  Under a bright spotlight, the legendary Marilyn Monroe walked on stage and peeled away her white ermine fur coat, revealing a skintight, sheer, flesh-colored dress that sparkled with over 2,500 handstitched crystals.  The custom Jean Louis creation was so tight fitting that Marilyn wore nothing underneath and had to be sewn into it last minute. When Marilyn appeared and the dress was finally revealed the entire audience gasped.

“Marilyn Monroe singing ‘Happy Birthday Mr. President’ is certainly one of the most famous impromptu performances in American history,” said Darren Julien, President & CEO of Julien’s Auctions. “Tonight was one of the most important moments in our history as a company. We were incredibly privileged to have had the opportunity to offer this amazing dress from the most legendary screen star of all time.” 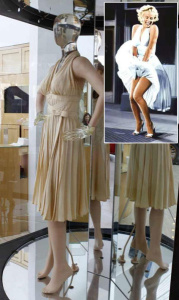 All in all, Marilyn’s performance lasted approximately 30 seconds, but more than five decades later, it remains the most famous version of “Happy Birthday” ever. The dress, the performance, Jacqueline Kennedy’s absence and photographs from the evening would spark ravenous rumors of an affair between the President and Marilyn. 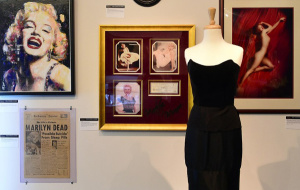 “We have had remarkable opportunities to offer unique objects related to Marilyn Monroe in the past,” said Martin Nolan, Executive Director of Julien’s Auctions. “Tonight is one of the most remarkable events  in Julien’s Auctions history and one we will never forget.” 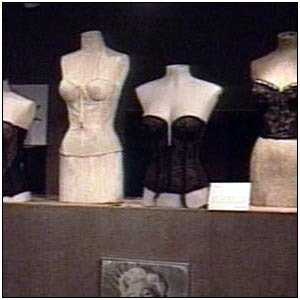 The dress was presented on the custom made mannequin that was designed to match Marilyn Monroe’s exact body measurements. 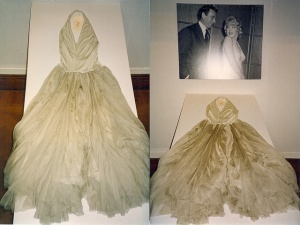 Julien’s Auctions will continue to host The Collections of Marilyn Monroe auctions on Friday and Saturday beginning at 10:00 a.m. The three-day auction event continues through Saturday, November 19, 2016.