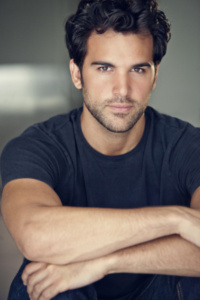 Last night at  Feinstein’s/54 Below I sat in awe as Juan Pablo Di Pace made his cabaret debut and wondered how this man is not an A-list celebrity. Sure he’s on Netflix’s #1 show Fuller House, but I rarely watch TV, so I really didn’t know who he was until I interviewed him a month ago. Di Pace has it all, looks, talent, humor and that rare thing called a soul. Starting off with the Grammy winning Best Song from 2015 “Chasing Cars” (Gary Lightbody, Tim Simpson, Paul Wilson, Jonathan Quinn, and Nathan Connolly) we were given a hint at the fabulous arrangements by musical director Charlie Alterman. The song built both in voice and musical instruments as Eric Davis on guitar and Di Pace were joined after a couple of stanza’s on the cello played with delicacy by Mairi Dorman. Alterman on piano and Eric Halvorson on drums joined for a rousing finish. All I could think of was why hadn’t this fabulous talent been cast in Sunset Boulevard? 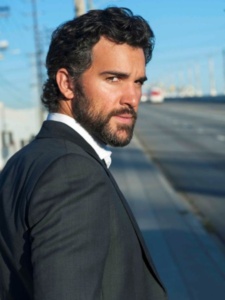 Di Pace’s patter is real, personable and highly amusing. We are told how he had hobbit feet and could not dance, until a teacher told him the word Caun’t  (think British) does not exist. Cy Coleman & Michael Stewart’s “Join The Circus” from Barnum showed that Di Pace can do patter quite well and plays against his obvious good looks.

His first job was in Saturday Night Fever and singing the title song, Barry, Maurice and Robin Gibb never had a sexier version. Di Pace exudes appeal. The Travolta dance moves were heightened as Di Pace moved like a rocker bad boy in heat with a come hither pace. This boy has moves and was giving everyone in the room fever! 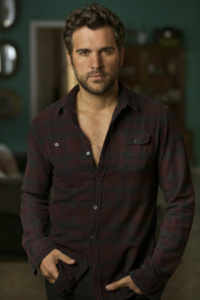 The intro to the next song was the most touching. While in London studying theatre, dance and song, Di Pace was broke and took a variety of jobs. One of them was taking care of challenged individuals. He had one client who was Autistic and spoke with Tourettes. To help him he took him to the ballet on his own accord. I don’t think I will ever be able to hear the Nat King Cole song “Nature Boy” (Eden Ahbez)  in the same way again.

The next song was one of two, by a new composer named Josh Olsen. “Round Two,” is a singer songwriters dream and I was so glad to have discovered this gem of a writer. You can too at JoshuaOlsenonline.com 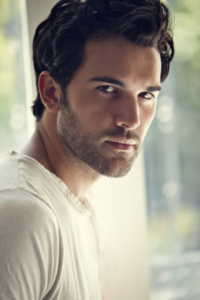 The show Juan Pablo wants to do more than anything is Kander & Ebb’s Kiss of the Spiderwoman. His mother’s name is Marta so in a tribute to her we were blessed to hear the vulnerable “Marta (Over the Wall 3).”

When he was young his mother enter him and his sister into a singing contest. They won a parrot, but after the show the parrot was taken back. Singing in his native language, Agustin Lara’s “Piensa En Mi” was passionately delivered. Di Pace’s voice sounded rich and textured as he seduced in a song, that in english means “think of me.”

Giving the worst audition of his life, he got into the school for having a large hicky on his neck. These stories you just can’t make up and they are charming. After school he made into the chorus of Chicago understudying Billy Flynn. He finally had a chance to perform the role once and in “All I Care About Is Love,” and learned never again was he to be in the chorus. We saw yet another texture to this chameleon like actor.

Cast in the film Mamma Mia, Di Pace had scenes opposite Meryl Streep and again these stories will have you chuckling. Not a big fan of the ABBA soundtrack, Mr. Di Pace did something astounding, he made me like “The Winner Takes All.” Bravo also to Charlie Alterman’s arrangement.

In the Michael Jackson song “Human Nature” another interesting story about selflessness. Di Pace hit his stride with effervescent pop agility. He paces his material and builds on the song, instead of just showing off notes or pyrotechnics. He doesn’t sing for the theatrics, but the intent. I could honestly seeing him becoming like a Mick Jagger, as his pop style excels.

The second of the Josh Olsen’s songs arrived this time with lyrics by Di Pace. Is there anything this man can not do? Even Prince Charming has his flaws. Before the song, he talked about having a dry spell and as he put it “Yummy Humble Pie For Me.” Seriously how do you not find this utterly adorable? 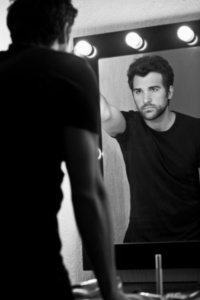 I adore Sondheim and “More” from Dick Tracy had the patter and the beat. This is a well thought out show musically. 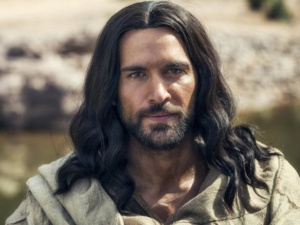 Getting the role of Jesus stunned the actor, who saw himself more as a Judas. Stephen Schwartz’s “All I Ever Wanted” from The Prince of Egypt talks about the miracle that happened the day he got the role. You honestly have to see the show to hear the full length patter because Di Pace has had a eventful, charmed life and one that has meaning, as heard in Joni Mitchell’s “Both Sides Now.”

Paying tribute to George Michael we had the electric, dynamic “Freedom 90.” This was such a powerful rendition I was chair dancing in my seat. How do people sit still when the pulsing rhythm is intoxicating and the singer, band and the evening have been invigoratingly HOT? 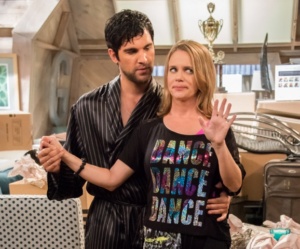 In an episode of Fuller House, his character sang a tribute to his wife Kimmy using the “I Love Lucy Theme Song.” Acting and singing just like Ricky, we came full circle. Not only did we have a chance to get to know this extraordinary talent, but the human being inside. I am so surprised he is not being snapped up for Broadway. Mark my words in a year or two this man will be a superstar. I will think back remembering how I saw him at Feinstein’s/54 Below and knew then this was a special moment in time.

You can still see Juan Pablo Di Pace tomorrow night at 9:30, but call as soon as you read this, as the word of mouth is strong and the show tonight was packed.

Suzanna BowlingNovember 2, 2022
Read More
Scroll for more
Tap
Pretty Filthy Gets A Recording and A One Night Celebration at Feinstein’s/54 Below
She Says: Kid Victory Explores The Dark Side