Mark Nadler and The Beach Café

Mark Nadler and The Beach Café 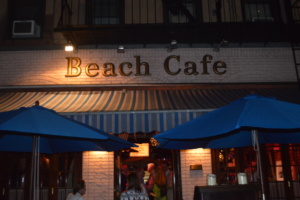 A brand new club, created by Mark Nadler, made it’s debut this week on the Upper East Side, on  Second Avenue and East 70th Street, The Beach Café, a restaurant that  has been a staple on the East side for 30 years. It is an intimate room, with 50 seats at tables, and ten at the bar.  The new Second Avenue Subway (Q train) , stops right on the corner, the 72nd Street stop, with an entrance also on East 69th ,  It is about 15 minutes from the Times Square Station. 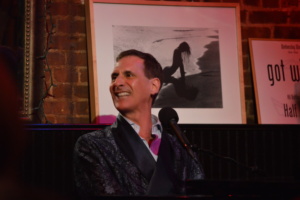 Mark Nadler has scheduled NYC’s top performers for the following weeks, who will each be celebrating in their own way, Cole Porter or COLE and SLAW at the BEACH.  The shows are done on Thursdays, Fridays and Saturdays at 9:15.  There are late shows at 11:15 with Mark doing a potpourri of material with guest performers coming in to join the fun. 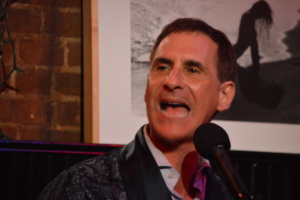 Mark Nadler debuted the cabaret series with “Cole Porter After Dark.”  Exploring Cole Porter’s wit, wisdom, romance and unbridled passion made this show a success.  It was not just a show of Porter’s songs it included patter, which told us about Porter and his life and loves. 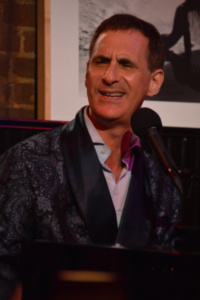 Opening the show with a three song medley of “Let’s Misbehave/Let’s Do It/You Do Something to Me” was reminiscent of Porter himself performing.  Launching into “Brush Up Your Shakespeare” was as if he was giving us advice. 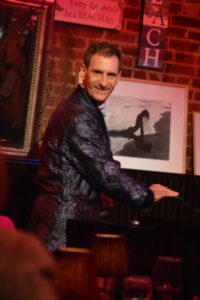 Porter’s songs were over 60, 70, 80, 90 years old, most written before many of the audience were born and they were ageless.  Mark feels  some similarities in himself and Porter, as he was born in a town Waterloo Iowa and Porter in a similar town of Peru Indiana, and both played piano. Cole’s mother Kate Cole was the daughter of one of the wealthiest  man in Indiana and his father Sam Porter was a Pharmacist.  He was named after his mother’s maiden name Cole.  She wanted him to be in show business, so he took up playing the violin. When he was called a sissy at school, he started playing the piano.  Going to both Harvard and Yale, Cole started writing songs and putting his friends names in them. 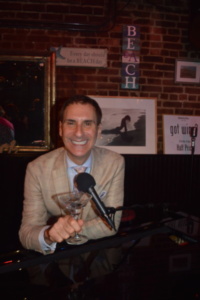 It wasn’t until Porter was 40 years old that he had his first hit:  “Lets Do It.”  Nadler sang the song as if telling us what to do, and then followed up with the next song Porter wrote, “Wake Up and Dream.” This beautiful song, was not well know to most of us. 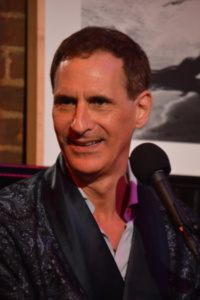 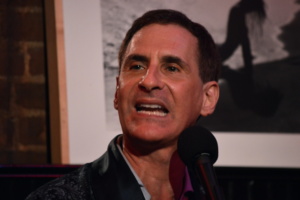 A group of songs about Paris followed: “I Love Paris”, “You Don’t Know Paree” and “After You Who” all sung slow, carefully and enchantingly. 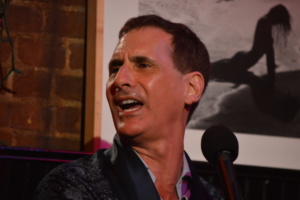 Many of Porter’s songs were laundry list songs with stanza after stanza, but Mark carefully chose a few of the stanzas to do as the songs could go on and on as in “You’re the Top.” 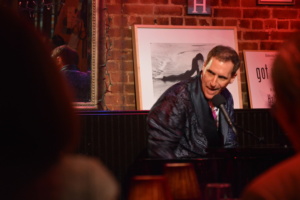 Cole Porter wrote many of his songs in the middle of the night. “In the Still of the Night”, What Is This Thing Called Love” and “You’d Be So Nice To Come Home To” was sort of like a lullaby  “Begin the Beguine” and “Night and Day” was sung passionately. 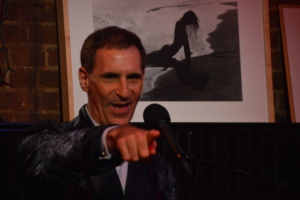 Singing and playing “Can Can” while almost dancing at the piano, Nadler told us that this was written while Porter’s mother was dying. 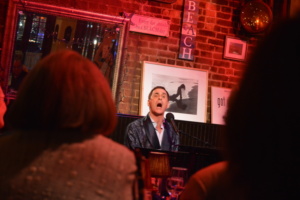 In 1937 Cole Porter was riding his horse, it slipped and fell on him crushing his both legs, bringing him almost 39 years of agony.  While waiting for help, he took out his notebook and wrote, “At Long Last Love” another laundry list song carefully edited by Mark. This was sung together with the last song that Porter wrote for the 1958 TV musical “Aladdin.” The last words Porter wrote were, “Wouldn’t it be fun to be nearly anyone except me, mixed-up me!” Six years later Porter passed away in 1964 at 74 of kidney failure. 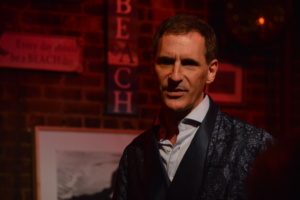 Mark Nadler managed to perform a brilliant show. He didn’t just sing, he told us about the songs. The life and took us on a journey of Cole Porter’s life left us not only being mesmerized by the songs, but of this great legendary songwriter. 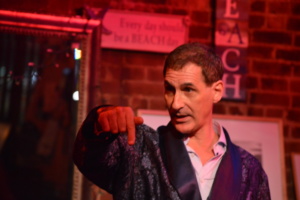 T2C is looking forward to

September 14 – 16 STACY SULLIVAN “THE SULTRY SIDE OF COLE”