Looking like a real life Ken doll, Mark William asked us to “Come Croon With Him (Me)” at the Green Room 42, in his debut cabaret performance. The room was starry with Jerry Mitchell, Marilyn Maye, David Hyde Pierce, Lee Roy Reams, Mark Sendroff, Sydney Myers, Debbie Gravitte, Jim Caruso and Vivian Reed, all in attendance. 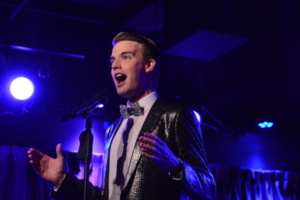 The show started out with an overture by the fabulous Clint Edwards, whose arrangements for the night were exquisite. 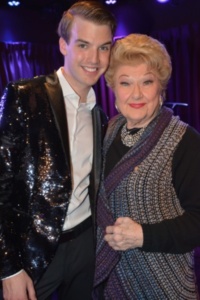 Then out came Mark in a tight fitting leather jacket and sparkly bow tie crooning “Come Live With Me,” “Come Fly With Me,”  “Blue Skies” and  “From This Moment On” by the respective composers Dory & Andre Previn, Sammy Cahn & Jimmy Van Heusen, Irving Berlin & Cole Porter.

This is an old soul in a 20 year old body, as Mark brought “I’ve Gotta Be Me” and “Golden Rainbow” by Walter Marks to life.

Having worked with Lee Roy Reams on a tribute to Jerry Herman, Mark showed how to “Put On Your Sunday Clothes”. 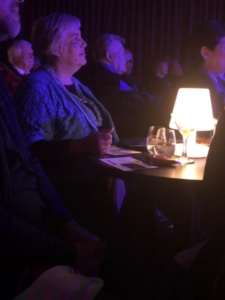 Next up was an amazing medley of “Moon River” and “Ebb Tide” by Henry Mancini & Johnny Mercer/Robert Maxwell & Carl Sigman. This haunting combination showed off this young singer to the max.

Feeling very simpatico with the late Peter Allen, Mark combined “When I Get My Name in Lights”, “Everything Old is New Again” and “All I Wanted was the Dream”. I can see this energetic crooner doing The Boy From Oz. 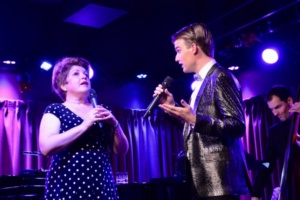 A heartfelt “On the Street Where You Live” by Alan Jay Lerner & Frederick Loewe and a rousing duet of  “You’re Just in Love”with Klea Blackhurst brought the audience to applaud with all their might.

My favorite moment of the night was the Bewitched Medley, that consisted of the theme from Bewitched, “Bewitched, Bewitched Bothered and Bewildered”, “You Do Something to Me”,  “That Old Black Magic” and “Witchcraft”

From Grand Hotel “I Want to Go to Hollywood” showed off Mark’s dancing skills.

As an encore from the TV Show Smash, “Let Me Be Your Star”, Mark proved that night he was the one that was rising. 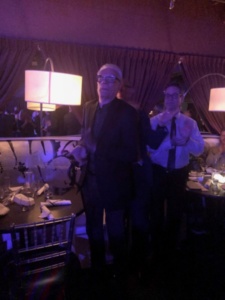 Preston Ridge cheering on his star 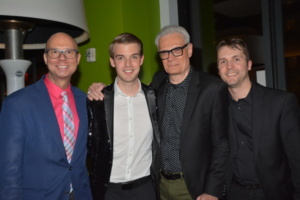 A good show has to have a great musical director and arranger and this show had the wonderful Clint Edwards. You need a band that you can mesh with and on drums, Jonathan Ward, bass, Sam Zerna, guitar, Jernej Bervar and on trumpet, Andrew Wagner proved to be first rate. You also need a director who not only shares your vision but knows how to highlight the best of what you do. For that Mark had the amazing talents of Preston Ridge, who is also Mark’s manager. Preston and Clint really knew how to design a cabaret act that is exciting and fresh. 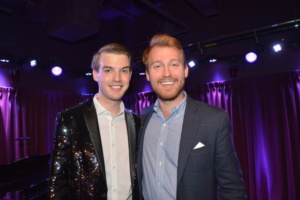 I can never say enough about Daniel Dunlow on lights. He also runs The Green Room 42 with panache.

Mark William is the newest star rising in the heavens of cabaret and musical theatre. I see a long and steady career for this genuine and charismatic singer. I look forward to his next project and hope that producers and writers take stock of this new kid on the block. 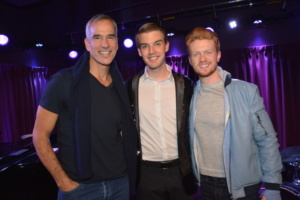 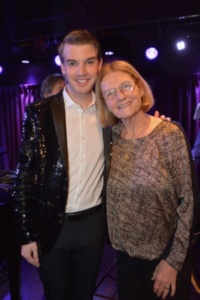 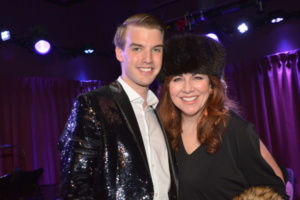 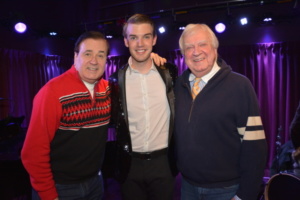