Mark William is Broadway Ready With His Tony Award Show 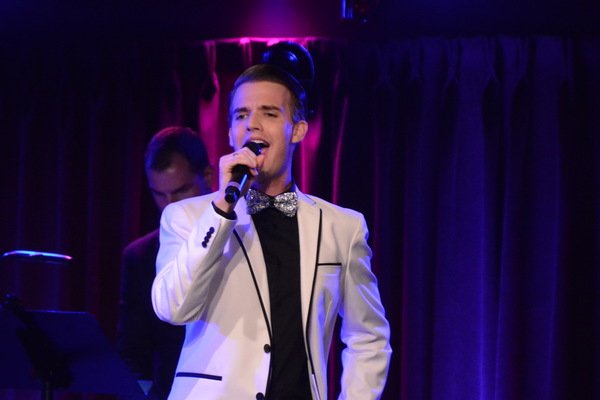 Mark William is Broadway Ready With His Tony Award Show

Mark William is unique as he just gets better show after show. He expands in nuances, vocals and stage presence, mesmerizing his audience. Back for his fourth time at The Green Room 42. William treated his audience to his remarkably put together act by Preston Ridge and his outstanding musical director Clint Edwards.

“I’ve Gotta Be Me” and the title song from Golden Rainbow were highlights. The music and lyrics for Golden Rainbow were by Walter Marks; the book was by Ernest Kinoy; and the musical was based on the film adaptation (by screenwriter Arnold Schulman) of the play A Hole in the Head. Although the musical did not win any Tony Awards, actor Scott Jacoby was nominated for Best Featured Actor in a Musical, and Robert Randolph was nominated for Best Scenic Design.

From the Tony Award winning musical My Fair Lady, a jazzy “On The Street Where You Live”. The musical premiered on Broadway March 15, 1956, at the Mark Hellinger Theatre. It transferred to the Broadhurst Theatre and then The Broadway Theatre, where it closed on September 29, 1962, after 2,717 performances, a record at the time. By the start of 1959, it was already the biggest grossing Broadway show of all-time with a gross of $10 million. The show won Tony’s for Best Direction of a Musical, Best Scenic Design, Best Costume Design and Best Conductor and Musical Director. The 1976 revival won George Rose Best Performance by a Leading Actor in a Musical. The 2018 revival won Best Costume Design in a Musical for Catherine Zuber.

I expect to see Mark William winning a Tony sooner rather than later.

Mark William Come Croon With Me The Tony Edition: The Green Room 42 closed.

Suzanna BowlingJune 21, 2022
Read More
Scroll for more
Tap
My View: Eric Yves Garcia Has A Great Accompanist
My View: Nicole Henry On All Cylinders at the Arts Garage