Mark William Is Your Star 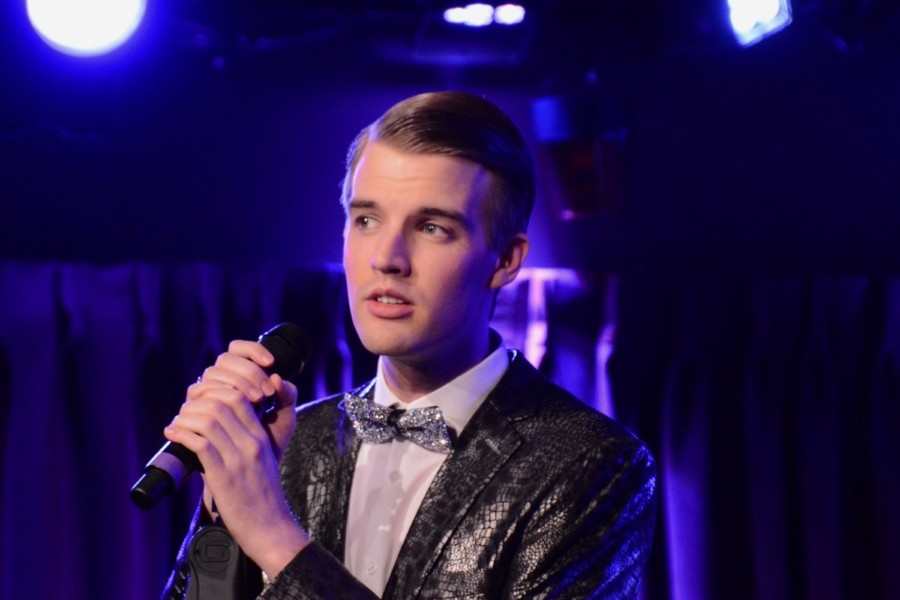 Mark William Is Your Star

It is wonderful to watch a performer grow, especially when they started out remarkably talented to begin with. Each Mark William performance expands in nuances, vocals and stage presence, so that the audience becomes more relaxed and mesmerized. Back for his third time at The Green Room 42, reprising ‘Come Croon With Me’ William treated his audience to his remarkably put together act by Preston Ridge and his outstanding musical director Clint Edwards. This show never gets boring and I have reviewed, it all three times.

William is so talented celebrity are flocking to see him. At this performance Craig Brierko, Frances Ruffelle, Alexandra Silber, Paige Davis and Nicolas King were in the audience.

Next up was a fabulous mash-up with Robyn Hurder who will soon be seen as Nini in Broadway’s Moulin Rouge. As Hurder sang “My Heart Belongs to Daddy” William questioned with “Real Live Girl.”

Also getting quite a stir were “Put On Your Sunday Clothes”, Peter Allen’s Medley, “Moon River”, “Bewitched Medley and Maury Yeston’s “I Want to Go to Hollywood,” all Clint Edwards’ phenomenal arrangements

William has taken “Smash’s” theme “Let Me Be Your Star” (Marc Shaiman  & Scott Wittman) and made it his theme song. He doesn’t have to ask, as he’s is making a short rise to being a bonafide heavenly act.

Like a smart singer William surround himself with the best. His band members included the very talented Oskar Stenmark on trumpet, Jonathan Ward on drums, Sam Zerna on bass, Jernej Bervar on guitar.