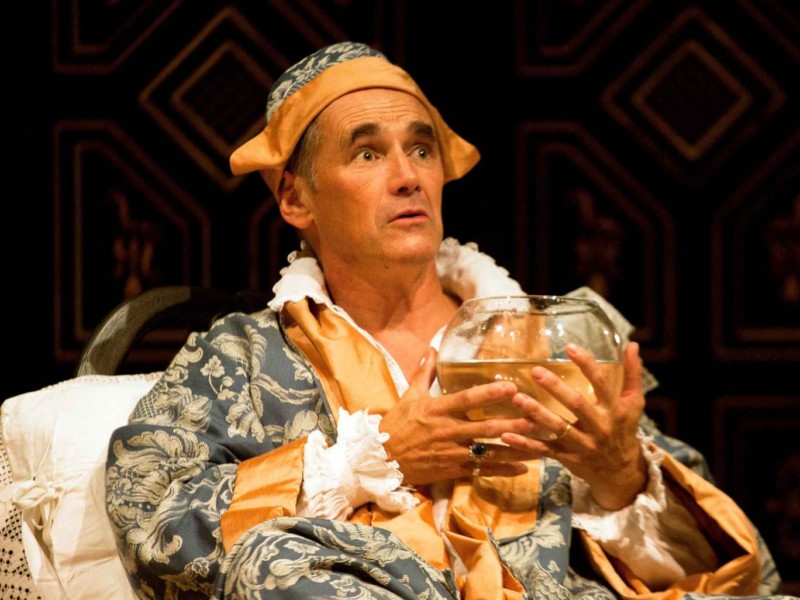 Mark Your Calendars: Broadway Openings Until The End of The Year

Mark Your Calendars: Broadway Openings Until The End of The Year

We have already had The Prince of Broadway, but what’s on the horizon? First up is J.B. Priestley ‘s revival of Time And The Conways. Beginning their first preview: September 14, they open October 10th at the American Airlines Theatre, Tony award winning director Rebecca Taichman is at the helm of this star studied cast led by Cast Includes: Elizabeth McGovern, Anna Camp, Gabriel Ebert, Steven Boyer. Follow the status and watch as dreams of British family just after World War I, play out 19 years later.This is a limited run through November 26th. 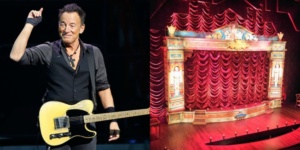 40 years, 20 Grammys and an Oscar, legendary musician Bruce Springsteen comes to Broadway with a solo acoustic performance. TheWalter Kerr, will be home to this intimate night of Bruce, his guitar, a piano, and his stories. First Preview begins October 3 with a 12th opening. 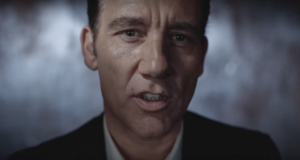 Clive Owen is sure to bring heat to the Cort Theatre in David Henry Hwang’s modern classic, M. Butterfly, which charts the scandalous romance between a married French diplomat and a mysterious Chinese opera singer. This remarkable love story contains international espionage and personal betrayal.  Their 20-year relationship pushed and blurred the boundaries between male and female, east and west – while redefining the nature of love and the devastating cost of deceit. Previews begin October 7 with a Opening night set for the 26th. 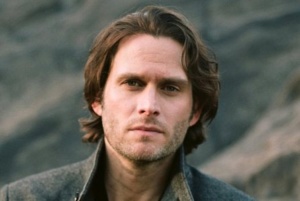 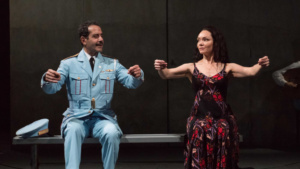 Winning The Drama Desk and Outer Critic’s award for Best Musical The Band’s Visit is highly anticipated. Based in the film the musical tells the story of an Egyptian police band that arrives in Israel to play a concert. When a mix-up at the border leaves them stranded with no bus or hotel in sight, these unlikely travelers must seek the help of the locals. David Cromer directs, David Yazbek penned the music and lyrics, Tony Shalhoub and Katarina Link (Indecent) star. Playing Ethel Barrymore, the first preview begins October 7th. Look for a starry opening November 9th. 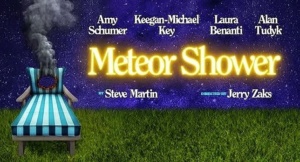 Already Steve Martin’s Meteor Shower at the Booth Theatre is making a splash at the box office. Amy Schumer is making her Broadway debut with Keegan-Michael Key, Laura Benanti, Alan Tudyk and director Jerry Zaks. The premise is two couples who find themselves in marital freefall during a meteor shower one hot Ojai night. First preview begins November 1st but the opening on the 29th is sure to be eventful. 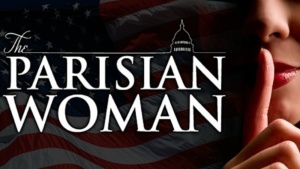 Uma Thurman, Josh Lucas and Blair Brown star in The Parisian Woman at the Hudson Theatre. Director by Pam MacKinnon well bring Beau Willimon’s story about Washington, D.C., and powerful friends who are the only kind worth having. We follow Chloe, a socialite armed with charm and wit, coming to terms with politics, her past, her marriage and an uncertain future. Previews start November 7th, with a 30th opening.

Get ready to see if life can begin at the Circle in the Square with the revival of Once This Island the 1990 musical about a peasant girl and her star-crossed romance with a young man from the wealthy side of her Caribbean island, which is ruled by four island gods. This tuneful show was has music and lyrics by Lynn Ahrens and Stephen Flaherty and will be directed by Michael Arden. First previews begin November 9th, with a December 3rd opening. 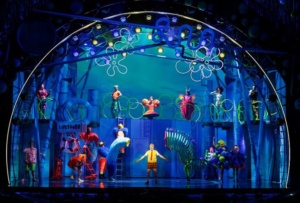 The music for Sponge Bob Squarepants is by Steven Tyler, Cyndi Lauper, They Might Be Giants, Jonathan Coulton, Dirty Projectors, The Flaming Lips, Sara Bareilles, John Legend, Lady Antebellum, Panic! At the Disco, Plain White T’s, T.I. and David Bowie. The book by Kyle Jarrow is a stage adaptation of the Nickelodeon cartoon series about the undersea residents of Bikini Bottom. The show had a Chicago tryout in summer 2016 (see our review) Look for the Palace theatre to be transformed starting November 6th with a December 4th opening. Tina Landau directs. 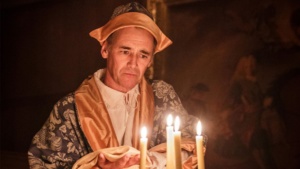 Mark Rylance in Farinelli And The King

Before the new year let’s herald Mark Rylance in Farinelli And The King. This is the first play by Claire van Kampen, the composer and director, who is also married to Mr. Rylance. The Belasco becomes home to Spain’s 18th-century King Philip V, who is lifted out of depression by the singing of operatic castrato Farinelli. Previously presented in London at Shakespeare’s Globe and in the West End. Previews begin December 5th, with a December 17th, opening. Get you tickets now because this is a limited run through March 25, 2018.