Mark Your Calendars June is Bustling with Free Activities to Enjoy 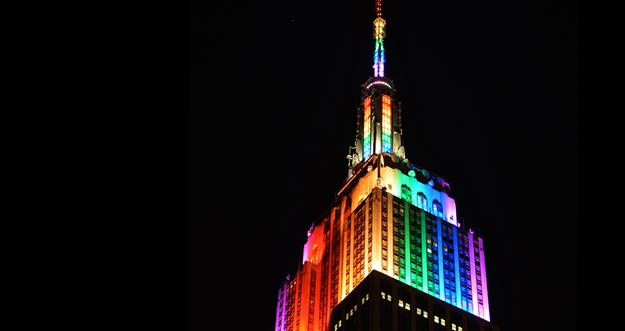 Mark Your Calendars June is Bustling with Free Activities to Enjoy

6/ 1: A ticket to classy Polo Classic includes transportation to Liberty State Park in New Jersey to watch a game hosted by Neil Patrick Harris and a performance by Alicia Keys, with food trucks and champagne for sale.

6/ 1 – 2: Attend dozens of world-class lectures, films, and events on science and innovation during World Science Festival.

6/ 1 – 2: Cat lovers are invited to Cat Camp to shop from vendors, meet adoptable cats, learn about cats, and “discuss some of the most important and challenging problems facing cats today” at Metropolitan Pavilion.

6/ 1 – 2: Figment features creative art installations you can touch and play with on Governors Island. Free.

6/ 1 – 2, 2019 (begins May 31) Governors Ball is a three-day outdoor music festival with 65 acts “featuring music of all genres, foods of all flavors, arts of all variety” at Randall’s Island Park.

6/ 3 Taste of Times Square features international food from 40 restaurants and music from local bands on 46th Street (from Broadway to 9th Avenue).

6/ 6 – 12: See Italian life and culture as presented by a new generation of Italian filmmakers at Open Roads: New Italian Cinema at Lincoln Center.

6/ 11 – 14 & 16: Hear classical music outdoors under the stars at New York Philharmonic Concerts in the Parks, followed by fireworks. (The indoor show on June 16 does not have fireworks.)

6/ 13 – 20: See compelling films from around the world about truth, justice, accountability, and human dignity at Human Rights Watch Film Festival at Lincoln Center.

6/ 16: (1:30 p.m.) The Amazing Father’s Day Scavenger Hunt begins at Slattery’s Midtown Pub with a series of clues on your phone that send you around the city performing physical and mental challenges.

6/ 16: (7 p.m.) Actors and writers perform selections written by Joyce during Bloomsday on Broadway at Symphony Space.

6/ 16: (12 to 4 p.m.) Egg Rolls, Egg Creams, and Empanadas Festival is a cross-cultural celebration of Jewish, Chinese, and Puerto Rican music, food, folk art and crafts outside the Museum at Eldridge Street. Free.

6/ 17 – 19: Explore the ways games and virtual reality can improve lives at Games for Change, which features talks, workshops, a game arcade, vendors, and awards at Parsons School of Design.

6/ 18 – 29: Attend cultural performances and events at River to River Festival, including dance, music, theater, and the visual arts at 40 locations in Lower Manhattan. Free.

6/ 20 – 27: See great films from around the world at the Soho International Film Festival at Village East Cinema.

6/ 21: Make Music New York is a live musical celebration on the longest day of the year, with 1,000 concerts on streets, sidewalks, and parks in five boroughs. Repeats in December. Search the schedule. Free.

6/ 21: Renew your mind, body, and spirit by registering to attend a yoga class and visiting the yoga village (on Broadway from 44th to 45th Street) on the longest day of the year at Solstice in Times Square. Free.

6/ 21: Doors open at 7 p.m. to see movies at sunset during Summer Movie Series at Intrepid Sea, Air & Space Museum. Held in May, June, July, and August.

6/ 22: Hudson River Park Games is a Team Pentathlon where you compete in heats of dodgeball, volleyball, steal the bacon, flag football, basketball, and an obstacle course on Pier 40 at Hudson River Park.

6/ 22: Summer Solstice Celebration is a concert that begins in darkness and continues through sunrise at The Cathedral Church of St. John the Divine.

6/ 22: The Mermaid Parade has 1000 people wearing glittery semi-nude costumes, floats with aquatic themes, and classic cars that drive east along Surf Avenue, and then west along the boardwalk on Coney Island in Brooklyn. Expect crowds. Free.

6/ 24: Watch big Broadway stars perform with young artists from across the nation at the annual Arts for Autism, which is hosted by Christopher Jackson (nominated for a Tony Award for “Hamilton”) at Gershwin Theatre.

6/ 30: Pride Week events today include a noon Pride March down 5th Avenue and then up 7th Avenue (route map), an afternoon PrideFest street fair, and Pride Island at Pier 97, typically followed by fireworks.