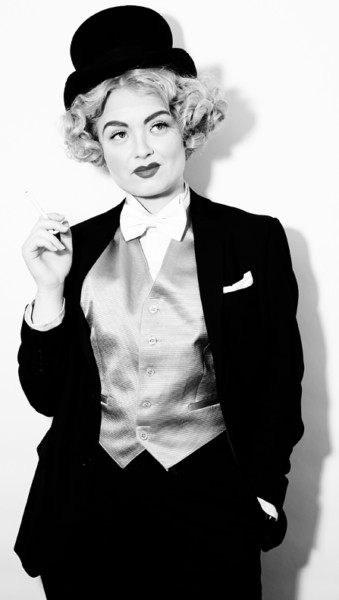 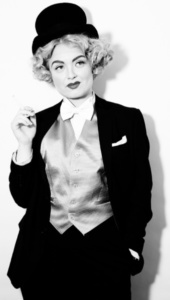 On Thursday, August 31, Oliver Conant (Author/Director) and Justyna Kostek (Author/Star) will host the World Premiere of their anticipated one-woman tour-de-force musical, Dietrich Rides Again, about the life and times of Marlene Dietrich. The show’s iconic score will feature: “Puttin’ On The Ritz”, “The Laziest Gal In Town”, “You’re The Cream In My Coffee”, “Falling In Love Again”, “Look Me Over Closely”, “Lili Marlene”, “Hot Voodoo”, “The Boys In The Backroom” and “Where Have All The Flowers Gone”. Playing for three weeks through Sunday, September 17 at the Medicine Show Theatre (549 West 52 Street – between Tenth and Eleventh Avenues), Dietrich Rides Again will be directed by Oliver Conant and choreographed by Madeline Jaye. Musical Direction and arrangements are by Jono Mainelli. 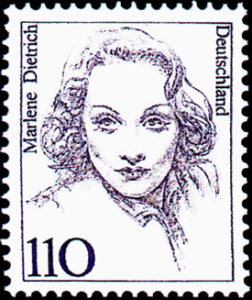 Marlene Dietrich (December 27, 1901 – May 6, 1992), was a European film sensation, Hollywood’s highest paid actress, a lifelong fashion icon, an unceasing USO entertainer, an awarded humanitarian, an international philanthropist, a Medal of Freedom recipient, a Légion d’Honneur honoree, an Academy Award nominee, a Tony Award winner,  the Patron Saint of cabaret, a bewitching singer, a natural dancer and an International diva. 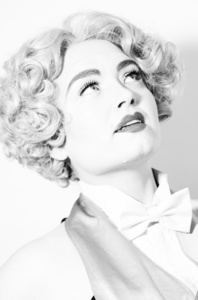 The very young Justyna Kostek is following in the great diva’s footsteps. Born and raised in Poland, where she began her work in experimental theatre at a very young age, Justyna Kostek then established the successful and award-winning theatre company, Atelier Teatral, in Denmark.   She is already making her mark in the New York theatre scene while preparing, with Mr. Conant, Dietrich Rides Again for an Off-Broadway move as well as sifting through the mounting interest in a National Tour.

Divas are born to achieve.

Marlene Dietrich begun acting shortly after her promising career as a concert violinist was cut short by (as she told the story) an injury to her wrist while performing a complicated piece by Bach. Needing to support her family in inflation ridden post World War I Berlin she took to the stage, first as the private pupil of the great avant-guard director and theatre impresario Max Reinhardt, performing in over two dozen plays and cabaret acts.  She also was featured and then had leading roles in many silent German language films.  Although she was married all her life she had multiple affairs with both men and woman and expressed her sexuality and what we would now call “gender fluidity” with insouciance and panache.  In 1929 she landed the coveted role of ‘Lola Lola’ in Josef Von Sternberg’s The Blue Angel, one of the first truly successful talkies and a kind of culmination of German expressionist film style.  Immediately after the premiere of The Blue Angel, Marlene Dietrich set sail for America and Hollywood where she was under contract and made six more films with Von Sternberg as well as other classics of The Golden Age of Hollywood.  Throughout the thirties her fierce anti-Nazi convictions led her to giving away a lot of the money she was making from films like Morocco, Shanghai Lilly, Blonde Venus and others to help her colleagues – technicians, actors, composers, writers – get out of Hitler’s Germany and ultimately to joining the US Army where she performed often, on or near to the front lines with 5th Army in the European Theatre.  After the war she gave “Victory Concerts” in London, Paris, Berlin and Salzburg, where she was heckled by Germans unwilling to forget or forgive her contribution to the defeat of the Third Reich.  Through the nineteen-fifties, sixties and seventies she returned to the stage – the place she loved the best – in what was in effect a one woman show consisting of songs from her films such as “Falling in Love Again” from The Blue Angel and “The Boys in the Backroom” from Destry Rides Again, a comedic Western with Jimmy Stewart created largely by German exiles, as well as some unexpected favorites like Pete Seeger’s “Where Have All The Flowers Gone.”   She died almost penniless in a luxurious apartment on the Avenue de Montaigne provided for her by the French state.  When her coffin was carried out it was draped with the French flag on which were placed her Legion d’Honneur in recognition for her service in defending France during the World War II.  In Germany her coffin, now draped in the flag of the Federal Republic of Germany, was lowered into a grave beside her mother.  In her public utterances and in her autobiography Dietrich declared that her participation in WWII was the most important thing she ever did.  It won her the United States Medal of Freedom, the first woman to receive the honor.