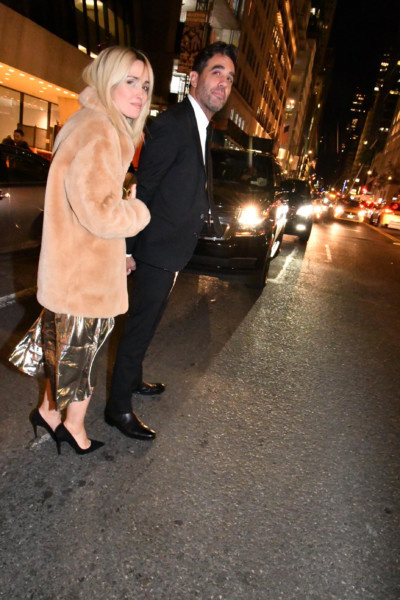 Simon Stone (Yerma) stages his contemporary rewrite of Euripides’ tragedy, Medea, at the BAM Harvey Theater beginning in January, 2020. The production will star Emmy and Golden Globe nominee Rose Byrne (Damages, Bridesmaids, Get Him to the Greek) and two-time Emmy winner and Tony nominee Bobby Cannavale (Mauritius, The Motherfucker With the Hat), with full cast to be announced.

Originally staged by International Theater Amsterdam (formerly Toneelgroep Amsterdam) in 2014 in Amsterdam, Medea went on to earn critical raves internationally: the Dutch De Volkskrant called the production “a monumental, ruthless portrait” and according to The Guardian it was “funny, clever and harrowing in equal measure” (). France’s Le Figaro called it “heartbreakingly mythical.”

Medea will be produced by ITA, BAM, and David Lan, who will serve as BAM’s Theater Associate.

David Lan was artistic director of London’s Young Vic from 2000 to 2018. His productions seen in New York include Woyzeck, A Doll’s House and A Man of Good Hope at BAM; A View from the Bridge on Broadway; A Streetcar Named Desire and The Jungle at St Ann’s Warehouse; and Yerma at the Park Avenue Armory. Coming up, The Inheritance on Broadway. From 2014 to 2016 he was Consulting Artistic Director at the soon-to-open Perelman Performing Arts Center at the World Trade Center. In 2018 Lan received the Laurence Olivier Special Award and the London Critics’ Circle Special Award.

Although only in his 30s, the Australian actor, director, and writer Simon Stone is one of the most acclaimed theater-makers on the international circuit. Born in Basel, Switzerland and educated at Cambridge, Stone returned to Australia in 2007 to found The Hayloft Project. The company’s first production, Frank Wedekind’s Spring Awakening (Frühlings Erwachen) established its reputation. Stone quickly became known as an inspiring director with a unique style. He likes to take pieces from the standard repertoire which, with the help of his cast, he reworks into intimate, almost cinematic performances. Stone has previously applied this approach to Chekhov’s Platonov and Seneca’s Thyestes. In 2011 he was invited to become resident director of Sydney’s Belvoir theater company.

Stone often works on the basis of improvisation and characterizations suggested by a play, creating an entirely new script through which the original nevertheless shines. His version of Ibsen’s The Wild Duck was enthusiastically received during the 2013 Holland Festival. More recently, Stone reworked The Oresteia to become an emotional and thought-provoking contemporary family drama. Stone frequently returns to the classics and mythology because he believes that they raise all the essential questions about the human condition.

Stone has been an associate to the International Theater Amsterdam (formerly Toneelgroep Amsterdam) adapting Woody Allen’s Husbands and Wives (2016); Ibsen House, a new play by Stone which threads together plots of several Ibsen plays in a modern scenario; and Medea (2014), which ran at the Barbican in 2019. He made his mainstage London debut with Lorca’s Yerma at the Young Vic, which won a 2017 Olivier Award for Best Revival. The production went on to New York’s Park Avenue Armory in 2018. At the upcoming 2019 Salzburg Festival, Stone will direct Cherubini’s operaMédée.

Rose Byrne is best known for her role as Ellen Parsons in FX’s Damages (opposite Glenn Close) for which she earned two Golden Globe nominations and one Emmy nomination. She is also known for her role in the Paul Feig-directed comedy,Bridesmaids alongside Kristen Wiig, Maya Rudolph, and Melissa McCarthy. The film was nominated for a Golden Globe Award for Best Motion Picture—Comedy and Musical—and a Screen Actors Guild Award for Outstanding Performance by a Cast in a Motion Picture. Byrne is currently in production for FX’s limited series, Mrs. America, where she stars as Gloria Steinem. The nine-episode series will premiere in 2020. Byrne will next be seen starring in the comedy Hostile Makeover (formerly Limited Partners) opposite Tiffany Haddish and Salma Hayek. Paramount will release the film on January 10, 2020. Currently, Byrne voices the titular robot in the Netflix sci-fi thriller, I Am Mother, which premiered at the 2019 Sundance Film Festival. She was recently cast in Jon Stewart’s upcoming campaign trail comedy titled, Irresistible, opposite Steve Carell, and in Lexi, a new comedy by Jon Lucas and Scott Moore.

In 2016, Byrne returned to the stage in the Sydney Theatre Company’s production of David Mamet’s Speed-the-Plow. The production ran from November 8, 2016— December 17, 2016 at the Roslyn Packer Theatre. She made her Broadway debut in 2015 in the limited engagement run of You Can’t Take it With You, where she played the lead role of Alice Sycamore opposite James Earl Jones and Kristine Neilsen.