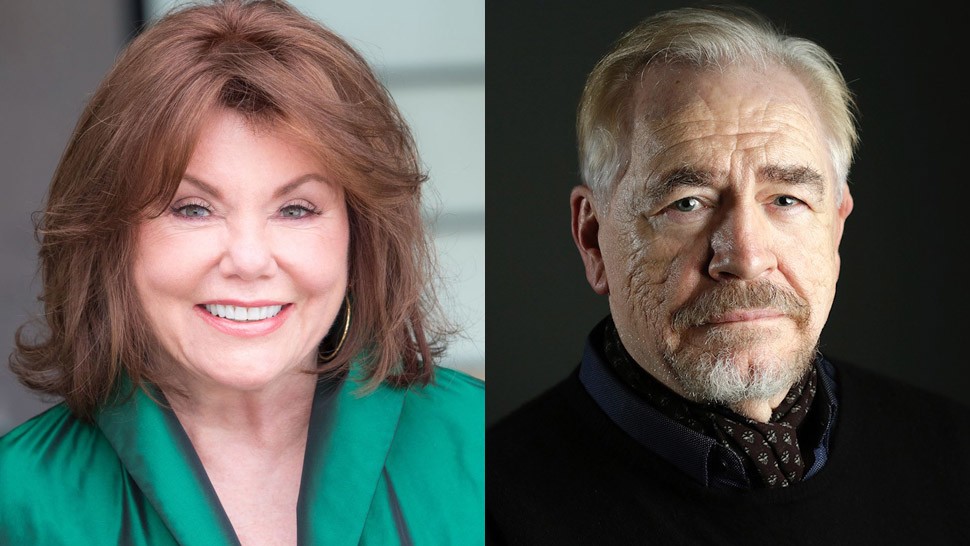 Nobody knows quite what went on between playwright (and vegetarian) George Bernard Shaw and the celebrated, yet temperamental English stage actress, Mrs. Patrick Campbell (Mrs. Pat) for whom he created Eliza Doolittle in “Pygmalion.” But for 40 years of their very public lives, these two titanic personalities of the British theatre carried on a very private affair through the exchange of letters. Full of stinging wit and deep emotion, “Dear Liar” brings their epistolary relationship to life — revealing not only the ups and downs of their storied careers, but also illustrating the very stormy infatuation and magnetism that pulled these spirits together even through separation, hardship and heartbreak.

Dear Liar will be streamed via a private link sent to ticket buyers the day of the reading. Early bird tickets (until August 31) for the broadcast are $25. Any tickets purchased the day of the event are $35. Bucks County Playhouse subscribers who have transferred their season subscriptions to 2021 can view at a reduced rate and will be notified by email. All information and tickets can be found at https://www.bcptheater.org/DearLiar. Dear Liar is presented by arrangement with Concord Theatricals on behalf of Samuel French, Inc. www.concordtheatricals.com.

“When Mark Brokaw suggested we do a virtual reading of Dear Liar by Jerome Kilty I thought it was a brilliant idea. Consisting of love letters, full of stormy emotions and Shavian wit, this play could best be realized in a virtual setting with the right cast. Thankfully, we have two consummate, award-winning actors, Marsha Mason and Brian Cox, to bring these extraordinary characters to life,” says Executive Producer Robyn Goodman.

“While we yearn to produce again on our historic and beloved Playhouse stage, we are proud to have this extraordinary team give new life to a text that lately has become rarely performed,” says Producing Director Alexander Fraser. “We’re learning more and more about bringing our work directly into the home, and we are excited to add ‘Dear Liar’ to the Playhouse virtual programing library.  We’ve been delighted to see our virtual audiences across the country grow.  We hope this latest addition to attract theatre-lovers in Great Britain as well!”

The streaming broadcast benefits Bucks County Playhouse, which has launched a fundraising effort to help protect its operations during the Covid-19 crisis.  The Playhouse Pandemic Campaign has three goals:  preserve and protect the historic Playhouse; maintain a core staff on payroll with benefits so it can return quickly to production when appropriate; and increase earned revenue by expanding our restaurant operations into our front courtyard and along the river’s edge and move our entertainment and education programming online.

Emmy and Oliver-award winning actor, Brian Cox is the lead of the hit HBO show “Succession” for which he just received his second consecutive best actor Emmy nomination. He starred as Winston Churchill in the 2017 feature film, “Churchill,” and played Rory in the film, “The Etruscan Smile,” and Captain O’Hagan in “Super Troopers 2.” He starred alongside Adam Sandler and Peter Dinklage in “Pixels” and in “The Campaign” with Zach Galifianakis and Will Ferrell. Cox won an also starred in “Edwin Boyd,” “Coriolanus,” “Rise of the Planet of the Apes,” “Red,” “The Tell-Tale Heart,” “Escapist,” We Craven’s “Red Eye,” “Troy,” “The Bourne Supremacy,” Spike Lee’s “The 25th Hour,” Spike Jonze’s “Adaptation,” and Gore Verbinski’s “The Ring.” Other film credits include “The Boxer,” “Kiss the Girls,” “L.I.E.,” and “Rushmore.” His work as Daphne’s father on “Frasier” garnered him a nomination for a 2001-2002 Emmy Award. In 2001, he won the Emmy for his portrayal of Nazi war criminal “Hermann Goering” in TNT’s “Nuremberg” for which he was also a Golden Globe and SAG nominee. Brian has collaborated with award-winning playwright Connor McPherson in several productions including “The Weir,” and “Dublin Carol, in which Brian starred as grim alcoholic undertaker “John Plunkett.”

Marsha Mason has received four Academy Awards nominations for her roles in the films “The Goodbye Girl,” “Cinderella Liberty,” “Only When I Laugh” and “Chapter Two.” She has been the recipient of two Golden Globe Awards for her film roles and an Emmy Award nomination for her role on “Frasier.” Her credits include “The Middle,” “The Good Wife,” “Madam Secretary” and “Grace & Frankie.” Broadway roles include “Impressionism” with Jeremy Irons, “Steel Magnolias”, “The Night of the Iguana”, “The Good Doctor”, “King Richard III” and “Cactus Flower.” Regionally she has starred in “All’s Well That Ends Well” at Shakespeare Theatre in Washington, DC, “A Doll’s House” at ACT in San Francisco, “Arms and The Man” at Old Globe Theatre in San Diego and “Watch on the Rhine” at Arena Stage in Washington, DC. She has directed “Chapter Two” and “Steel Magnolias” at Bucks County Playhouse, the first female “An Act of God” with Paige Davis at the Arizona Theatre Company and the world premiere of Tennessee Williams’ “Talisman Roses” starring Amanda Plummer at the Provincetown Tennessee Williams Theatre Festival. Last summer, Marsha starred in the Irish Rep Theatre’s acclaimed production of Little Gem (2020 Outer Critics Circle Award for Outstanding Featured Actress in a Play).

Bucks County Playhouse is a year-round, nonprofit theatre that has grown to a $6 million producing organization with an annual audience of more than 80,000. Founded in 1939 in a converted 1790 gristmill, Bucks County Playhouse quickly became “the most famous summer theatre in America,” featuring a roster of American theatrical royalty including Helen Hayes, George S. Kaufman, Moss Hart, Kitty Carlisle, Angela Lansbury, Alan Alda, Tyne Daly, Bernadette Peters, and Liza Minnelli and remained in continuous operation until 2010. In 2012, the Playhouse re-opened after a multi-million-dollar restoration thanks to the efforts of the Bridge Street Foundation, the nonprofit family foundation of Kevin and Sherri Daugherty. The Playhouse recently unveiled The Deck Restaurant and Bar, a 4,000 square foot Delaware-river facing addition to back of the Playhouse.

In 2014, Tony Award-winning producers Alexander Fraser, Robyn Goodman and Josh Fiedler took the helm of the Playhouse, and today the Playhouse has reclaimed its reputation of attracting Broadway and Hollywood artists. Its productions of “Company” starring Justin Guarini, and William Finn’s “The 25th Annual Putnam County Spelling Bee” were named by Wall Street Journal to its “Best of Theatre” list for 2015. In 2018, the Wall Street Journal again hailed the Playhouse and Artistic Associate Hunter Foster in its Best of the Year listings for its production of “42nd Street.” The 2017 season included four world premieres and audiences grew by over 34%. Box office record has been repeatedly broken by signature productions of “Buddy: The Buddy Holly Story,” “Steel Magnolias” directed by Marsha Mason, and “Million Dollar Quartet,” “42nd Street,” and “Guys and Dolls” directed by Hunter Foster. This summer, “Mamma Mia!” directed by John Tartaglia and choreographed by Shannon Lewis, broke the box office records again. The creative teams who come to create new productions at the Playhouse are among the most talented artists working in the professional theatre today and relish the opportunity to work on the historic stage where Grace Kelly, Robert Redford, and Jessica Walter began their careers.

Suzanna BowlingMay 14, 2022
Read More
Scroll for more
Tap
The Glorious Corner
What To Watch August 8th To Take Away The Blues