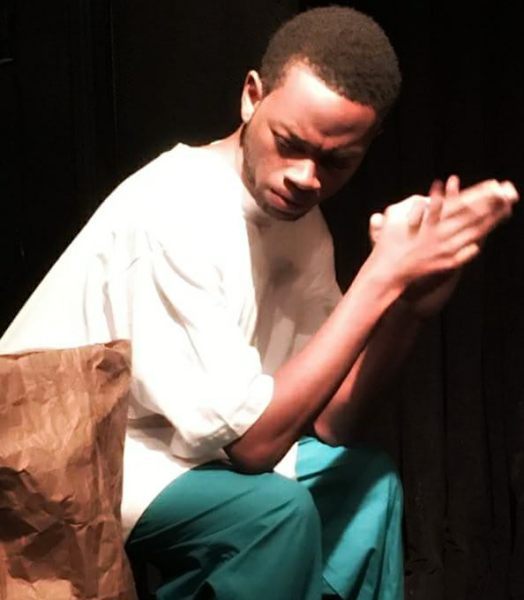 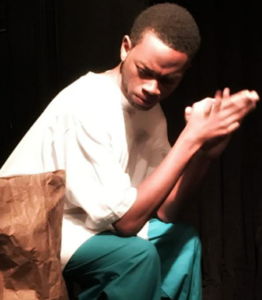 Victor Vauban Junior’s Martin’s Truth at the NY Winterfest is poetic with some strong messages. We are dropped off into a world unfamiliar to most people, the prison system in the USA and how black men deal with incarceration. The white female prison guard (Flinty McBain) is bringing Martin (Xavier Michael) who is none to happy with his accommodations, clothing or where he’s been placed, yet we do not know why the attitude. After Kavera (Joseph Lawrence), an inmate assigned to his room, steals his towels, it turns out to be a bigger deal than we think and Martin’s luck gets no better. When he meets his roommates (Joseph Lawrence) and (Carl Ellis Grant) they do not take kindly to a new roommate. After giving Martin a severe beating, we end up in dream sequences explaining who Martin really is and why he is like he is, but the sequencing leaves more questions than answers and it needs to be more fleshed out. Also the actor spun out of control, so that half the monologue is lost in translation. When humans are in pain they curl up, abuse themselves, such as hitting their head and throw their arms. This monologue had a chance for several transitions, but Mr. Michael, played it all at one pace.What is also missing is the inner dialogues of the other inmates, which would give a richer text to the piece. We learn at the very end, Kavera has received a letter from his mama, but can’t read it. It seems all the prisoners mother’s, abandoned their children when they were young. The show ends with one of President Obama’s speeches about his parents, but it feels like it comes out of nowhere, so we are left feeling we have missed an important clue.

Though the actors had a raw quality to them, they all need more training. What was impressive was that the show lost one of it’s leading actors two days before the opening and Carl Ellis Grant who only had one-day rehearsal was flawlessly off book and gave one of the better performances.

Mr. Junior also directs his piece and is a better writer than director. It is hard to direct your own piece. It is always best to have fresh eyes.

Kudos, to lighting and sound designer, Patrick Bakalli, who set the tone of the piece.

Mr. Junior has a fresh voice and I hope he works and cleans up this piece for I can see it having a life.