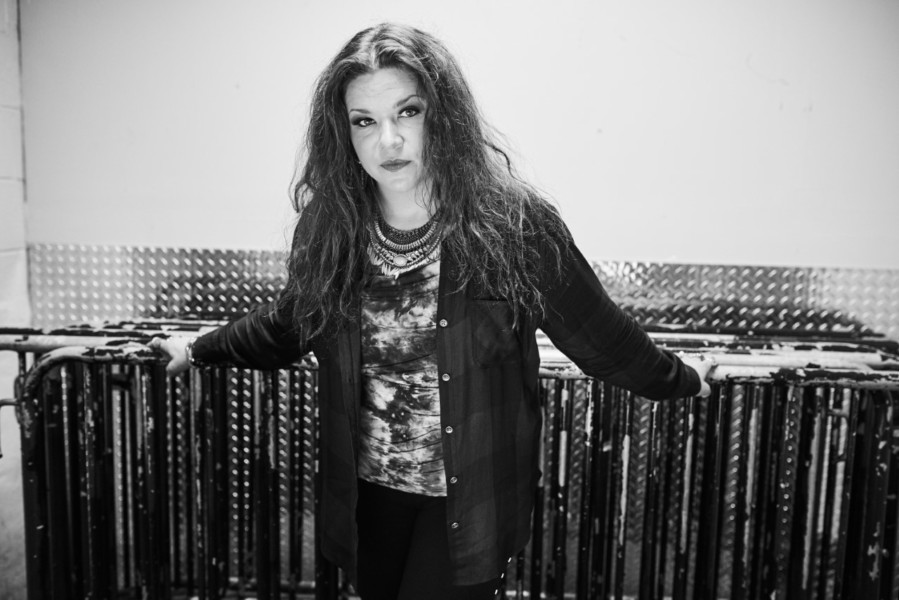 Tony Nominee Mary Bridget Davies, is best known for her role on Broadway in A Night with Janis Joplin. Mary is releasing a new album entitled Stay With Me: The Reimagined Songs of Jerry Ragovoy to be released digitally and in stores on Friday, March 20th. The album is a compelling masterpiece of reimagined songs by the legendary songwriter and Grammy® winning producer Jerry Ragovoy.

Mary makes these classic songs her own as she also sings two never before heard Ragovoy tunes. This album is especially close to Mary’s heart as it is dedicated to her sister who passed away from suicide. This album is a personal piece of art which is a friendly reminder of self-love and the importance of mental health.

After the release of the album Ms. Davis will launch a national tour promoting the album starting with an appearance at The Rock and Roll Hall of Fame with the Stay With Me Tour on March 18th.

T2C had a chance to talk with this prolific artist.

T2C: What have you been doing since Janis?

Mary Bridget Davies: A world wind. I had my son and I am currently starring in Austin Texas in Janis and getting ready for the  Stay With Me tour.

T2C: You’ve been pegged into doing Janis, who else are you?

Mary Bridget Davies: Myself, plus a little of Heart’s Ann and Nancy Wilson, Beth Hart, Susan Tedeschi, Robert Palmer, Elton John, Chaka Khan and Joe Cocker. I have a affinity for soul. Also, James Brown, especially his arrangements of his music. I like to be as energetic as possible.

T2C: What else would you like to take on?

Mary Bridget Davies: Heart! I am involved with a project with an Allman Brothers tribute band called Revival. They had me come up during the summer. It was a huge big sound. The Allman Brothers are the biggest pioneers in Southern rock and roll.

T2C: What Made you choose to do an album of Jerry Ragovoy music?

Mary Bridget Davies: I became friends with his widow who was one of our producers of Broadway. She approached my managers.

T2C: Do you think many people will know who Jerry Ragovoy is?

Mary Bridget Davies: I have so many friends and I have an international fan base and the musicianship of my fans is smart. They actually know who he is. The style itself is right up my alley. He wrote so many amazing songs and he was completely influential.

T2C: What is your favorite song on the album and why?

Mary Bridget Davies: “Master of Disguise”. After we had our first song mastered, my sister took her life. We were not expecting it and I have dedicated the album and this song to  her. She was the middle sister, athletic, beautiful, had a 25 year old son and was doing well in her life. Suicide doesn’t discriminate and if I can take my art and raise awareness, that’s a win.

The lyrics say “No one knows I’m not what I seem, I hide behind a smile, I say what I don’t mean, with a slight of hand I’ve been in the act, I cleverly conceal the loneliness inside.”

This song seemed to be talking about my sister. This was not the vision for the song, but after this tragedy it became so insightful.

T2C: They say eyes are the window of the soul I think songs are. What song or song cycle that describes who Mary is?

Mary Bridget Davies: “Carrick Fergus” by Van Morrison. It talks about long lost love and I have celtic roots

T2C: What other singers inspired you?

T2C: What other songwriters would you like to take on?

T2C: Is there a project or other medium you would like to delve into?

Mary Bridget Davies: A podcast for musicians on the food network. I was accepted into the Johnson Culinary Project so I would love to do a show in a restaurant with great food and then jam out.

Related ItemsA Night with Janis JoplinMary Bridget DavisNewRock and Roll Hall of FameStay With Me: The Reimagined Songs of Jerry Ragovoysuicide
Music

Related ItemsA Night with Janis JoplinMary Bridget DavisNewRock and Roll Hall of FameStay With Me: The Reimagined Songs of Jerry Ragovoysuicide