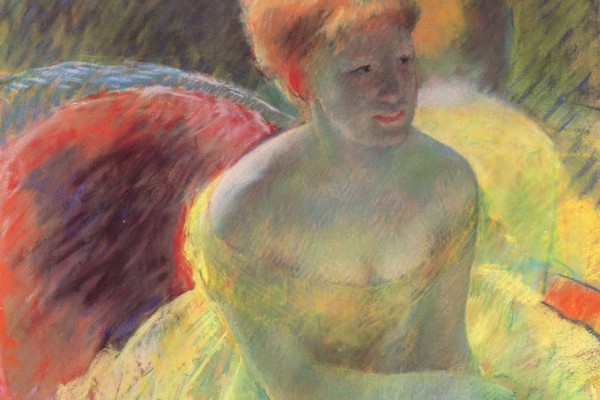 The stormy relationship between prominent 19th-century American painter and printmaker Mary Cassatt and celebrated French painter, sculpter and printmaker Edgar Degas is the subject of interest in the new Off-Broadway play The Independents, written and directed by Christopher Ward. The production will make its New York Premiere this Fall, in a limited engagement, Off-Broadway run Thursday, October 17th through Sunday, November 10th in the Jerry Orbach Theater at The Theater Center, 210 West 50th Street. The official opening night is slated for Sunday, October 20that 7:30PM. https://www.theindependentsplay.com

The Independents is an up-close and intimate look at the sparks that fly when the young gifted American artist Mary Cassatt meets the great French master Edgar Degas. Few could tolerate the difficult and elitist Degas, but he certainly met his match with the strong willed American. Their stormy relationship produced paintings and sculptures that stunned the art world. Through her work with Degas, Mary Cassatt found international success as an artist. Could she also find love?

Mr. Ward wrote the play after seeing the Degas-Cassatt exhibit at the National Gallery in 2014. He then spent a year researching and writing the play. Although a work of fiction, no one knows what went on between the two artists behind closed doors, the play is historically accurate and does contain a certain amount of authentic dialogue.

Edgar Degas and Mary Cassatt stand today as two giants of the art world. A century after their deaths their work continues to sell. In fact, Degas’ ballerina sculpture sold for 46 million dollars at an auction at Sotheby’s in 2009. Cassatt’s mother and child series are among the most revered paintings ever done by any American artist. Their work can be seen at museums and galleries all over the United States and Europe.

The cast of The Independents features Natasa Babic as Cassatt and André Herzegovitch as Degas.

Christopher Ward’s work as writer/director has been seen on HBO, Netflix, Showtime, Amazon, MTV, CBS, PBS, and CNBC. Ward has received many accolades, including two EMMY awards, three New York Film Festival awards, and five Cable ACE nominations. He was a staff writer/director for many years at Showtime Networks. Working as an independent filmmaker, Ward wrote and directed Outwitting Hitler, the critically acclaimed holocaust documentary. His first independent feature, Person of Interest, which he wrote and directed, is being distributed by Ariztical Entertainment. His second independent feature, Fog Warning, which he also wrote and directed, was self-distributed on iTunes. Ward was a consulting producer on the 2014 award-winning HBO film The Loving Story. He researched and wrote the screen story for the 2011 feature From the Rough, which starred Taraji P. Henson (Empire) and Thomas Felton (Harry Potter). His theatre credits include Mrs. President, a one act play about the first woman President, which was accepted and produced by Manhattan Rep Theatre as part of their 2019 Summer Shorts Festival. Ward also teaches and lectures at NYU, NYIT, and the New York Film Academy.

Mary Cassatt’s Lydia at the Theatre. This is a classic impressionist portrait of Lydia Cassatt, which was painted by her sister Mary Cassatt in 1880. Mary used vibrant colors to capture the excitement of an evening at the theatre. Sadly, Lydia would die less than two years after the painting was completed.