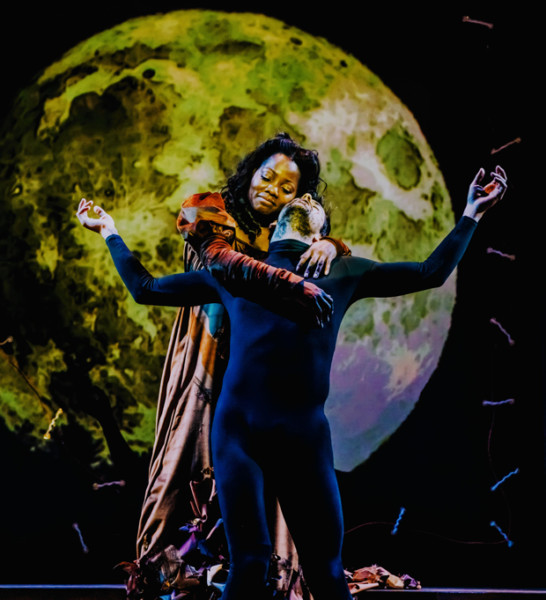 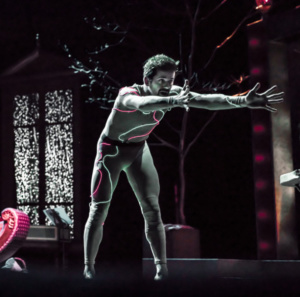 Mary Shelley’s Frankenstein, presented by the Ensemble for the Romantic Century, is a mixed media mash-up. Though the concept has potential, not all the pieces gel and as a whole, the piece seems disjointed, thanks to director Donald T. Sanders. The music is first rate, as is the dancing by Robert Fairchild, though the choreography is so disjointed that it is jarring to watch. Where the show falls apart, is in the actress cast as Mary Shelley, Mia Vallet, as well as the writing by playwright, Ensemble for the Romantic Century founder and executive artistic director Eve Wolf. 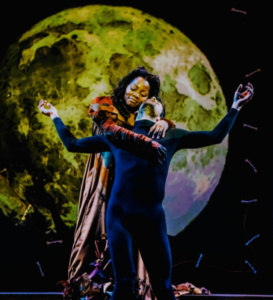 Shelley’s classic novel is inter spliced with the Frankenstein story, with most of it depicting the loss of the children Ms. Shelly dealt with. Each segment is intertwined with a death of child, with the final segment encompassing the death of her husband. Robert Fairchild plays the monster who is birthed and killed in numerous ways. Paul Wesley of “Vampire Diaries” fame, does well as both Victor Frankenstein and Shelly’s husband Percy Bysshe Shelley. Poetry, letters, passages of Shelly’s novel are mixed with operatic and instrumental of Johann Sebastian Bach, Franz Liszt, and Franz Schubert. Opera singer Krysty Swann denotes the spiritual side of loss, death, grief and forgiveness. Her glorious mezzo adds a melodic and calming touch, which tries to put this piece back together. Her tones were simply exquisite. Pianist Steven Lin’s haunting phrasing brought to life the terror and longing of the monster. Oboist Kemp Jernigan brought hope and organist and harpsichordist Parker Ramsay set the tone of the past.

The gothic set design by Vanessa James and the drawing like projections by David Bengali added a visceral earthiness. This team creates an almost 3D effect, which was gloriously evident in Van Gogh’s Ear.

Who dominates this production is Robert Fairchild and though his dancing is exquisite, I found the claw like hands and the twisted body to be more like The Elephant Man and not Frankenstein.  Fairchild, who choreographed this piece himself, would have done better to have a independent eye creating. There are times in this piece when he is suppose to mimic what is on the screen and it is just that hair off. The best moments are when he dances with the child he kills and with Ms. Shelly, however she stumbles out of his grasp. Despite all that, Fairchild’s acts this piece with innocents, desperation, longing and an etherial presence.