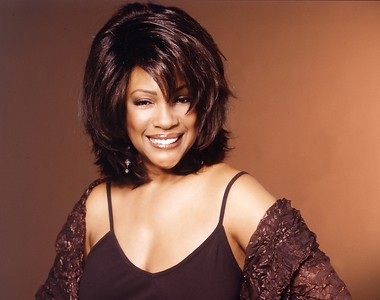 Legendary singer Mary Wilson, a founding member of the legendary girl group The Supremes, returns to Café Carlyle, May 28-June 8. At Café Carlyle, she’ll perform favorites from the Great American Songbook, plus a few of her Supreme hits showcasing her legendary smoky voice, as well as share stories from her iconic career. During the intimate set, Wilson will enchant the audience with classic, easy-listening tunes, giving them the chance to witness a diva in her prime.

Two-time Tony-winning actress, singer and dancer Sutton Foster returns to Café Carlyle, June 11-29. The New York Times praised her previous residency: “The radiance of Julia Roberts and the zany spunk of Holly Golightly: that only begins to describe the seductive charms of Sutton Foster in her irresistible cabaret show.” At Café Carlyle, she’ll perform Broadway favorites and original recordings, focusing on selections from her new album, Take Me to the World, and stories of how being a mother of a two-year-old has informed her work and changed her life.

Isaac Mizrahi returns to Café Carlyle for three special performances titled Isaac & on June 10, June 17, and June 24. Isaac’s previous three residencies in the room were sellouts, receiving widespread critical acclaim. He’ll be joined by his band of jazz musicians, led by Ben Waltzer, for an evening of eclectic tunes and charming storytelling. Each night a well-known friend will join him on stage for a few songs and banter. With a fresh stock of swag items to re-gift to audience members and a wealth of commentary on everything from prescription drugs to obsession with social media, audiences are sure to be delighted by this “founding father of Alt Cabaret,” according to the New York Times.

On June 10th Ana Gasteyer joins Isaac. Ana is perhaps best known for her incomparable work on Saturday Night Live. She will soon be seen in Amy Poehler’s directorial debut, Wine Country opposite her SNL friends and colleagues Poehler, Maya Rudolph, Rachel Dratch, Paula Pell, Emily Spivey and Tina Fey. Wine Country will be released theatrically on May 8th and will be available to stream on Netflix on May 10th. Gasteyer is currently in the recording studio putting the finishing touches on her upcoming 2019 holiday album, Sugar and Booze, the follow-up to her critically acclaimed debut album, I’m Hip. On the small screen, Gasteyer recurs on the hit ABC series The Goldbergs, as well as the show’s spinoff Schooled. Last year, Gasteyer starred in FOX’s A Christmas Story Live! in which she belted out the Emmy-nominated song “In The Market For A Miracle.” She also starred in Netflix’s critically acclaimed comedy series, Lady Dynamite, as well as two seasons of David Jenkins’ TBS comedy series, People of Earth. Other TV credits include Principle McGee in FOX’s hit live broadcast of the iconic musical Grease, Curb Your Enthusiasm, Suburgatory, The Good Wife, Chuck, Showtime’s Reefer Madness, Frasier, Just Shoot Me, 3rd Rock from The Sun, NYPD Blue, Mad About You, Law & Order, Party of Five, Seinfeld (the “Soup N” episode), as well as guest hosting Live with Kelly, The Late Late Show with Craig Kilborn, Live with Regis and The Rosie O’Donnell Show. Her film credits include Dare, Mean Girls, The Women, What Women Want, Woman On Top, Dick, and What’s The Worst That Could Happen?

On June 17 Patricia Marx & Roz Chast join Isaac. Patricia Marx is a staff writer for The New Yorker and a former writer for Saturday Night Live and Rugrats. Her two novels (Him Her Him Again The End of Him and Starting From Happy) were Thurber Prize Finalists. She was the first woman on the Harvard Lampoon and a recipient of a 2015 Guggenheim Fellowship. Mainly she does errands and looks things up on Wikipedia. She can take a baked potato out of the oven with her bare hand.

Roz Chast was born in Brooklyn, New York. She attended the Rhode Island School of Design, graduating with a B.F.A. in painting in 1977. Her cartoons and covers have appeared continuously in The New Yorker since 1978. She has published several cartoon collections and has written and illustrated several children’s books. Her graphic memoir chronicling her parents’ final years, Can’t We Talk About Something More Pleasant,? won the National Book Critics Circle Award and the inaugural Kirkus Prize, and was short-listed for a National Book Award in 2014. Her most recent book, Going into Town, an illustrated guide to New York City, won the New York City Book Award in 2017. The editor of The New Yorker, David Remnick, has called her “the magazine’s only certifiable genius.”

Roz and Patty are the only surviving members of the two person-band The NUKES formerly Ukelear Meltdown, formerly The Daily Pukuleles. They specialize in rewriting the lyrics of public domain songs to make them worse. In Patty and Roz’s minds, their band is more famous than The Cowsills.

And finally on June 24th Justin Vivian Bond a trans-genre artist living in New York City joins Isaac. As a performer both on and Off-Broadway, Mx Bond has received numerous accolades winning an Obie (2001), a Bessie (2004), a Tony nomination (2007), the Ethyl Eichelberger Award (2007), The Peter Reed Foundation Grant, and a Foundation for Contemporary Arts Grants to Artists Award. V authored the Lambda Literary Award-winning memoir TANGO: My Childhood, Backwards and in High Heels (The Feminist Press, 2011). Films include John Cameron Mitchell’s Shortbus (2006), Sunset Stories (2012), Imaginary Heroes (2004), Fanci’s Persuasion (1995), After Louie (2016). Television credits include Difficult People (2017), High Maintenance (2016) and The Get Down (2016). Solo exhibitions of JVB’s watercolors, sculptural installations and live art have been presented by The New Museum as part of the exhibition titled Trigger: Gender as a Tool and a Weapon (NYC, 2017), Participant, Inc. (NYC, 2011, 2016), Art Market Provincetown (2014), and Vitrine (London, 2015). Albums include Kiki and Herb: Do You Hear What We Hear?, Kiki and Herb Will Die For You at Carnegie Hall, Dendrophile, and Silver Wells.