Mary Wilson is an American vocalist, best known as a founding member and longest member of The Supremes. Wilson remained with the group following the departures of other original members, Florence Ballard in 1967 and Diana Ross in 1970. Following Wilson’s own departure in 1977, the group disbanded. Wilson has since released three solo albums, five singles and two best-selling autobiographies, Dreamgirl: My Life As a Supreme, a record setter for sales in its genre, and Supreme Faith: Someday We’ll Be Together; both books later were released as an updated combination.

Continuing a successful career as a concert performer, Wilson also became a musicians’ rights activist as well as a musical theater performer and organizer of various museum displays of the Supremes’ famed costumes. Wilson was inducted along with Ross and Ballard (as members of the Supremes) into the Rock and Roll Hall of Fame in 1988.

Ms. Wilson has authored her latest book Supreme Glamour with Mark Bego and sat down with me last Monday at a cocktail party in the  beautiful restaurant Blackbarn to talk about  her  gorgeous book of pictures of the gowns she had saved over the years that were worn by the legendary Supremes. 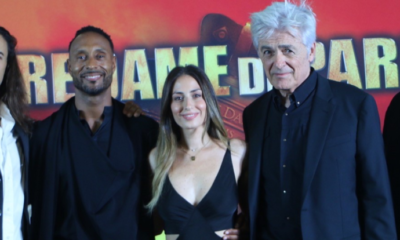