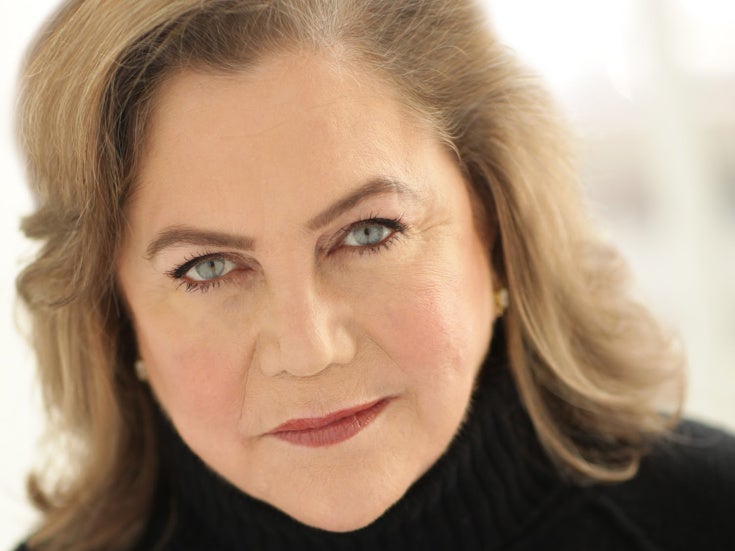 “It all begins with the words. The words that a character uses gives you
an idea of the energy and the kind of mind that this person possesses.”— From Kathleen Turner on Acting: Conversations about Film, Television, and Theater

General public tickets are on sale for a one-day-only Master Class exploring the craft of acting taught by Kathleen Turner. The event will be presented at Town Hall in Provincetown, Ma. on Saturday, September 28 from 9am to noon, as part of the 14th annual Provincetown Tennessee Williams Theater Festival.

Turner will offer a playful and vivid look into her acting and teaching process. As the work unfolds, the discoveries between teacher and student become the audience’s as well.

A Broadway veteran, film star, as well as an accomplished acting teacher, Kathleen Turner has been nominated twice for the Tony Award, for her performance as Maggie in the 1990 revival of Tennessee Williams’ Cat on a Hot Tin Roof and as Martha in the 2005 revival of Edward Albee’s Who’s Afraid of Virginia Woolf? In June, she was Guest of Honor at the Festival’s annual Performance Gala in Provincetown.

Most audiences remember her for her roles in Body Heat, The War of the Roses, Jessica Rabbit in Who Framed Roger Rabbit and Peggy Sue Got Married – for which she received an Academy Award nomination for Best Actress

Tickets to the Kathleen Turner Master Class are $25 each. All Festival Passes and tickets – including access to the Festival’s new Workshop Series of four hands-on Japanese performance classes led by renowned artists – are available for sale online at twptown.org and by phone at 866-789-TENN.

He directed and designed the Russian premiere of Suddenly Last Summer in Russian at the Gorky Theater of Samara, The Eccentricities of a Nightingale in Cantonese at the Hong Kong Repertory Theater, and in Chicago, staged the critically acclaimed world premiere of Williams’ The Day on Which a Man Dies. He’s also directed William’s The Dog Enchanted by the Divine View, Talk to Me Like the Rain and Let Me Listen, Frosted Glass Coffins, A Perfect Analysis Given by a Parrot, The Traveling Companion, and The Chalky White Substance. Plays directed by Mr. Kaplan have appeared in over 40 of the 50 United States.

The Festival is also pleased to announce its new Workshop Series, featuring four hands-on performance classes passing on the craft of Japanese theater, led by renowned artists. Held from Friday September 27 at noon through Sunday afternoon September 29, the workshops will focus on Japanese performance techniques employed by Williams and Mishima in their plays.

This year’s shows include two world premieres: The Lady from the Village of Falling Flowers by Williams (directed by Natsu Onoda Power in the Kami-shibai style using illustrations, in this production drawn live) and the short farce Busu by Mishima, directed and performed by choreographer Daniel Irizarry.

Abrahamse and Meyer Productions from Cape Town, South Africa will stage Tennessee Williams’ The Night of the Iguana in a new production inspired by Japan’s traditional Noh theater. Directed by Fred Abrahamse, the production will feature South African stage star Marcel Meyer, along with Gail Phaneuf, and Everett Quinton, a longtime member of the Ridiculous Theatrical Company. The festival will also present the English-language premiere of Yukio Mishima’s The Lighthouse, staged by director Benny Sato Ambush from a new English translation by Laurence Kominz.

The lineup also includes productions of And Tell Sad Stories of the Deaths of Queens by Williams, The Lady Aoi by Mishima, and an adaptation from Cyprus of The Angel in the Alcove by Williams. The festival culminates in a special Sunday-only staged reading of The Black Lizard by Mishima, starring Yuhua Hamasaki, who competed on RuPaul’s Drag Race. The reading will be directed by Texas Tech University’s Jesse J.

Suzanna BowlingDecember 1, 2021
Read More
Scroll for more
Tap
Kyle Reid Hass and Jeremy Swanton: A New Duo To Watch With Contact High
September is Packed With Things To Do