Maurice Hines Gets His Caricature Unveiled At Sardi’s

Maurice Hines Gets His Caricature Unveiled At Sardi’s 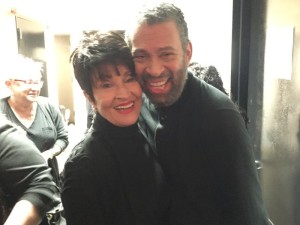 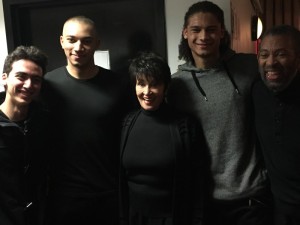 The night before Chita Rivera stopped by to see the show.

Maurice Hines Tappin’ Thru Life is a swinging, song and dance musical that celebrates the astonishing showmanship of one of the last great tap dancers of a by-gone era still working today and whose collaborators were a jaw-dropping, who’s who of theatre, music, film and television. Co-starring the fierce tap dancing Manzari brothers and the all female vivacious Diva Jazz Orchestra, the show is directed by Jeff Calhoun (Newsies, Deaf West’s Big River, Grease). Performances are at New World Stages (340 W. 50th Street.)
Maurice began working when he was five years old and his brother Gregory was three.  He shares funny and heartbreaking experiences about his life with Ella Fitzgerald, Frank Sinatra, Duke Ellington, Lena Horne, Judy Garland and many others. The show is a tribute to his loving family, both on stage and off.
Related ItemsAndre De ShieldsCaricatureChita RiveraJulie BuddMaurice HinesMaurice Hines Tappin' Thru LifeNewSardi'sSuzanna BowlingTimes Square Chronicles
Art