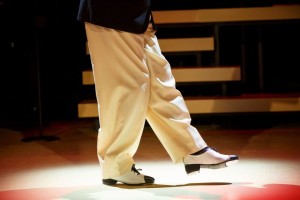 When you think living tap dancing legends, you think Maurice Hines, but he is so much more than that. Maurice is an entertainer of the purest form. His styling with a lyric is no longer heard. It is like you are hearing the standard songs he sings for the very first time. Maurice is from an era that seems to have long since disappeared. 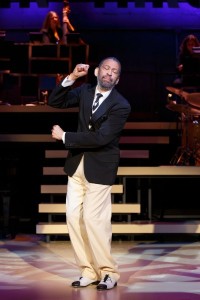 In Tappin’ Thru Life at New World Stages the history of showbiz and a past that was so rich comes thrillingly alive again. Starting at the age of seven Maurice and his brother Gregory worked on The Jackie Gleason Show. The Hines Brothers had been spotted by a CBS executive, performing a number called “Ballin The Jack.” For this show his grandmother spiced up the number having been a Cotton Club showgirl who dated Cab Callaway and Duke Ellington. Famed dance teacher Henry LeTang taught the young duo who became a trio with their dad. They performed with Ella Fitzgerald, Pearl Bailey, Joe Williams, Judy Garland, with Johnny Carson on the “The Tonight Show” over 35 times, while Sammy Davis Jr., Frank Sinatra, Dean Martin and Lena Horne made lasting impressions. Through out Tappin’ Thru Life you hear personal stories spliced with songs that make the moment more personal. Thanks to projection designer Darrel Maloney we see Maurice’s life through family pictures as a living scrapbook through time. 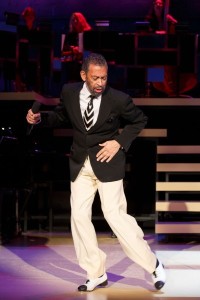 Segregation played a part in the young child’s life. Tallulah Bankhead invited the young boys to the Las Vegas hotel where she was staying. She insisted that the boys be allowed to swim in the pool. When they did, the pools guests started to leave. When they finished their swim, the pool was drained. Hines heartbreaking sings “Smile.” 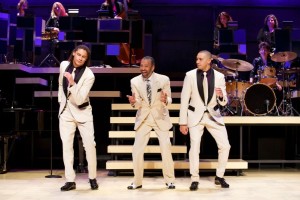 Passing the torch on Maurice Hines has brought John and Leo Manzari to showcase their skills. We can see the through line from the Nicholas Brothers, to Hines and Hines and now the Manzari brothers tap that fascinating rhythm. Jokingly refusing the boys dialogue, Hines brings on 12 year-old Luke Spring the tap dancing phenomenon from a Christmas Story the Musical to spice things up. (I learned after seeing this show that the brothers and Luke all improvised their routines.. see video.) On alternate nights Devin and Julia Ruth and Dario Natarelli tap in place of Luke Spring who has to go back to school. 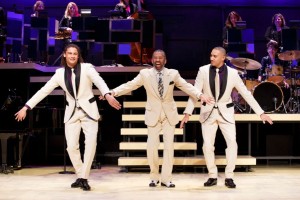 The show is back by the fabulous nine-piece all female band called Sherrie Maricle and The Diva Jazz Orchestra. Ms. Maricle plays a mean drum while Amy Shook plays a hot bass on “Honeysuckle Rose.” Bravo to Jamie Dauber who can seriously blow the roof off with her trumpet. 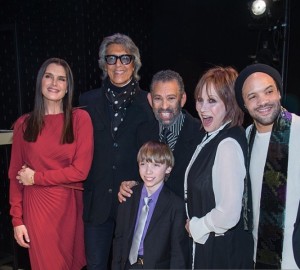 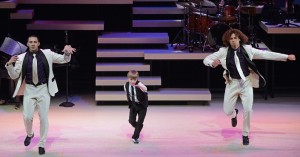 Make no mistake Maurice has done this show to honor his mother, who he lovingly sings to at the end of the show. This is a man who misses his family. His brother Gregory, who he also does a tribute to died in 2003, his father in 2010 and his beloved mother in 1999. He brings them all alive as he lovingly tells their story.

Maurice Hines is 72, and he has been Tappin’ Thru Life with humor, warmth and a history of performing that he is passing down to this generation. This is the most entertaining show I have seen in the past two years and a show not to miss because this is entertainment in its truest form.

Suzanna BowlingSeptember 2, 2022
Read More
Scroll for more
Tap
Cancer Claims the Life of Rock Legend David Bowie
My View: It Only gets Better Than This If Frank Sinatra Is Alone In The Room