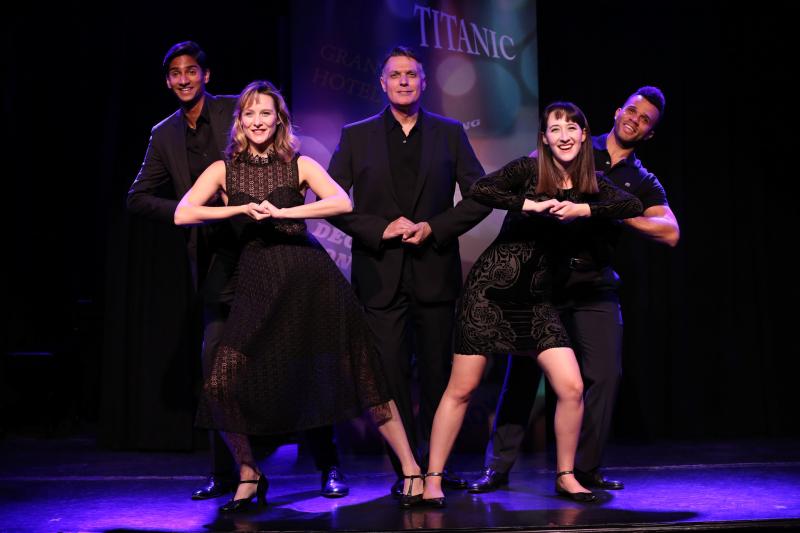 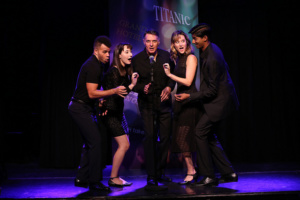 Gerard Alessandrini is known for conceiving, putting together and directing reviews. First there was the award winning and longest running review Forbidden Broadway, then Spamilton and now there is Anything Can Happen In The Theater: The Songs Of Maury Yeston. Yeston’s lush music and tight lyrics won two Tony Awards for Nine and Titanic. He was twice nominated for Grand Hotel and his off Broadway show Death Takes  Holiday was nominated eleven times for the Drama Desk award. Yeston and Alessandrini met at the BMI workshop for musical theater when he took over after Lehman Engel died, Alessandrini also worked on Yeston’s musical In The Beginning. What Anything Can Happen In The Theater: The Songs Of Maury Yeston, played at the Triad Theater on West 72nd Street, for only twelve performances and should seriously have a longer run. Highlighting the genius of Yeston’s emotionally connected, yet intricate lyrics with his melodic romantic melodies, coupled with a superb cast, makes this show a no brainer to play for an extended run. It also shows different sides of Yeston’s repertoire, which I thought I completely knew.

The show started out with the bouncy “Anything Can Happen In The Theater”, written specifically for this show. Next up was “Shimmy” from Death Takes a Holiday and “Hollywood” from Grand Hotel sung by the adorable Jill Pace. I am surprised that “Hollywood” has not been overdone in cabarets or auditions, but if this show is given a longer run, I think this will make it into several singers books.

Alex Getlin voice and emotions poured forth in the Yeston trunk song “Danglin.” Ms. Getlin’s simplistic approached allowed her vocals to show the depths of her desire over unrequited love. This song had a surprise country feel. 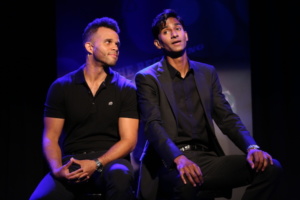 Michael Maliakel, brought a boyishness to “I Had a Dream About You” from December Songs, while Justin Keyes brought a downright sexiness to the double entendre’s of  “Salt ‘N’ Pepper” from The Lottery. This another song that I am surprised is not sung to death, as it is seriously adorable.

Cuccioli added a tender subtle performance to “New Words” from In the Beginning. This father’s lullaby to his new child is touching. 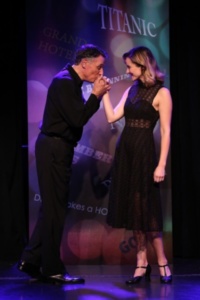 Nine was represented by the sexual “Call from the Vatican”, where Ms. Paice channeled her inner Anita Morris. “St. Sebastian’s” and “Guido’s Song” had me wanting to see a production mounted with Mr. Cuccioli as Guido. This is a role he was born to play. Ms. Paice returned to sing “Unusual Way”, with her clear bell like soprano and though it was done well, I would of rather have seen Ms.Getlin sing this song. Instead Ms. Getlin was given the tangoesq “Strange”, which again she passionately sank into.

Mr Keys showed a different sides in  “Halloween,” and the operatic “I Stand Alone” from Goya. Mr. Maliakel, showed his light baritone in “Mississippi Moon” from The Lottery.  He joined up with Justin Keyes for a male bounding moment with “You’re There Too” from In the Beginning.

Mr. Cuccioli is back, coming from the back of the theatre to bring back Guido in “Only With You”. He picks two women from the audience to amorously sing to and I was chosen. It was embarrassing, but I really had a chance to see how committed he is to the work. He really makes you feel as if you are the only one in the room.

While there is mostly solos, the choral work is thrilling especially in haunting “St. Sebastian’s” and the closing number  “Home” from Yeston’s Phantom. Musical director Greg Jarrett, who also plays the piano, should be commend for this.

Alessandrini’s staging focuses on the revolving relationships and allows Yeston’s music to real soar and sink in. He has also brought out the best in his performers, who all shine.

Anything Can Happen In The Theater: The Songs Of Maury Yeston: Triad Theater, 158 West 72nd St.