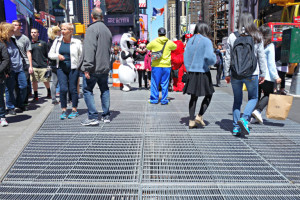 Max Neuhaus’s “Times Square” sound installation was first installed from 1977 to 1992 beneath a metal vent, and later restored in 2002. Most times the low melodic tones are not heard as they blend into the rumble of Times Square. Recently, the construction blockades on Broadway between 45th and 46th streets, were removed and now visitors can once again her the sonic creation. 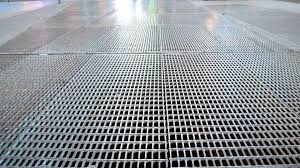 “The Neuhaus piece was actually never turned off,”states Melissa Parsoff, director of communications and marketing at the Dia Art Foundation.

Neuhaus, died in 2009. The artist also created a sound installation at the Dia called “Time Piece Beacon,” which engaging visitors through an existing soundscape. Neuhaus experimented with other public art sound pieces i including “A New Work (Underground)” embedded in a sculpture garden grate at the Museum of Modern Art, “Walkthrough” in the Jay Street subway station, and “Round” in Alexander Hamilton US Custom House. Neuhaus created personal revelations if we only take the time to listen.

Max Neuhaus: Times Square is on permanent view at the pedestrian island on Broadway between 45th and 46th Streets in Midtown Manhattan.