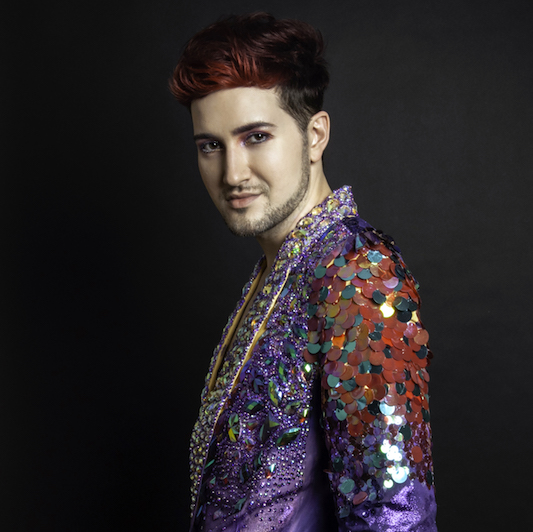 Max Vernon Gets First Ever Residency at Joe’s Pub

Max Vernon Gets First Ever Residency at Joe’s Pub 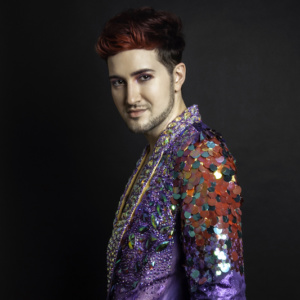 Max Vernon – the songwriter described by The New Yorker as “equal parts Bohemia and Broadway” — will launch his first ever residency at Joe’s Pub at The Public this fall. Max Vernon: Existential Life Crisis Lullaby will be performed Tuesday nights, September 25, October 23 and November 27, all at 7:00 PM. Vernon received the Lucille Lortel Award for Best Musical, three Drama Desk Award nominations, a Jonathan Larson Grant and the Richard Rodgers Award for his musicals The View UpStairs and KPOP, both of which had critically-acclaimed extended Off-Broadway runs last year. KPOP is planning a new major Off Broadway production in 2019. Following a sold-out debut at the Kennedy Center last year, Vernon is returning to the New York nightclub stage for three nights of high spectacle, high fashion, and high belted F sharps. Featuring a cast of Broadway stars, Downtown divas and the next generation of household names, Existential Life Crisis Lullaby will be a celebration of tattooed ladies, Korean pop stars, 70’s queer culture, the apocalypse, sentient robots, aging club kids, homicidal hipster cults, and true love.

In addition to his acclaimed musicals, the residency will preview his newest work The Tattooed Lady (written with Obie Award-winning playwright Erin Courtney) alongside other previously-unheard material. The series will feature three directors — Ellie Heyman (September), Jaki Bradley (October) and Jenny Koons (November) — three completely different set lists, and about 300 costumes, many created by Vernon himself. Special musical guests will be announced at a later date.

Max Vernon, who has emerged as a singular and eccentric voice in the world of musical theatre, is a three time Drama Desk nominee, “Out 100” Honoree, and recipient of the Lucille Lortel Award for Best Musical, Richard Rodgers Award, Jonathan Larson Grant, New York Stage and Film’s Founders Award, New York Foundation of the Arts Fellowship, and the JFund Award from the Jerome Foundation. He has been a Dramatist Guild Theatre Fellow, MacDowell Fellow, and an artist in residence at Berkeley Rep, Ars Nova, Kimmel Center (via The Public Theater), Disney Creative Entertainment, and Rhinebeck Writer’s Retreat, among others. His musical, The View UpStairs, ran 105 performances Off-Broadway and will have ten new productions around the world in 2018-2019; original cast recording on Broadway Records. His other musical, KPOP, enjoyed a sold-out, extended run at Ars Nova this past October and was the most nominated Off-Broadway show of the 2017-2018 season. Notable concert performances include the Kennedy Center, Lincoln Center, Joe’s Pub, and The Metropolitan Museum of Art.

In a rave review of The View UpStairs, The New York Times stated “Mr. Vernon’s score, which draws from the period’s disco, soft rock and glam sounds, is solid, channel[ing] a vintage camp that is all too rare nowadays.” The New Yorker praised its “sad, beautiful love songs performed by a soulful ensemble cast.” According to Entertainment Weekly, “The View UpStairs is ultimately a moving homage to LGBT culture, past and present.” Reviewing KPOP, New York Magazine said, “by the time the finale of KPOP comes around, if you’re not bopping along to the splashy, buoyant pop tunes by Max Vernon, well … maybe you don’t like puppies or rainbows either.” Billboard exclaimed, “KPOP, like the music it’s named after, explores a wide range of genres and artistic interpretations. The show weaves dozens of bilingual songs into the plot, including a finale performance that features a stand out or two that could easily compete on Korean music charts.”

Max Vernon: Existential Life Crisis Lullaby will be presented at JOE’S PUB at The Public Theater on Tuesday nights, September 25, October 23 and November 27, all at 7:00 PM. Tickets for the individual shows are $20 each. The venue is located in The Public Theater, 425 Lafayette Street (between East 4th and Astor Place) NYC. For tickets call (212) 967-7555 from 10:00 AM to 7:00 PM or visit joespub.com, or visit in person at The Public Theater Box Office at 425 Lafayette Street from 2:00 PM daily. There is a $12 food / two (2) drink minimum per person per show, unless otherwise noted.

Genevieve Rafter KeddyMay 10, 2022
Read More
Scroll for more
Tap
My View: They Are Lining Up For Susie Mosher’s The Lineup at Birdland Theater
Spencer Day’s CD Angel Day and Gig At The Green Room 42