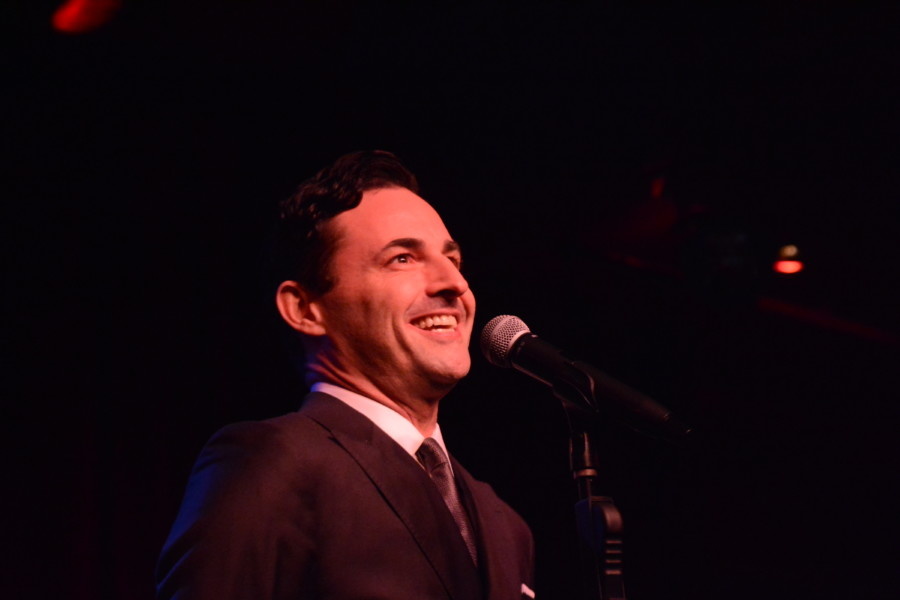 Von Essen, performance as Henri Baurel in the Broadway production of An American in Paris earned him a Tony nomination.

Von Essen’s other Broadway credits include Evita, the revivals of Les Miserables and Jesus Christ Superstar, Dance of the Vampires and the closing company of the original Les Miserables . Additional New York credits include Yours Unfaithfully for the Mint Theater, Death Takes a Holiday for the Roundabout Theater Company, The Jerry Springer Opera at Carnegie Hall, Hello Again (Drama League nomination) for The Transport Group, Finian’s Rainbow for the Irish Repertory Theater and many others. Last fall, Von Essen completed his run on Broadway in Anastasia as Gleb Vaganov.

Call Me Old Fashioned can be ordered now on Amazon.com and is available on iTunes, Spotify, LML Music and Maxvonessen.com.

ElizaBeth TaylorAugust 8, 2022
Read More
Scroll for more
Tap
Laura Benanti, Megan Hilty, Celia Keenan-Bolger and Chita Rivera Give Back at the 2019 Broadway Back to School Gala
Get Spotify Plays From Spotipromo and Be An Influencer