May and June Movie Preview

May and June Movie Preview 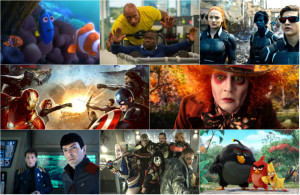 With the weather getting warmer, teens wearing less and less clothing, and superhero trailers during every commercial break can only means one thing, summer is almost here. This summer, movie theaters will be riddled with superheroes fighting on screen, sequels we didn’t know that we wanted, and video game franchises making their big screen debut. Here is a list of the upcoming summer releases that should be on your radar.

In their 13th entry in their cinematic universe, Captain America: Civil War pits superhero vs. superhero in the ultimate showdown fans alike have been waiting for. Following the events of Avengers: Age of Ultron, the world wants to hold the Avengers accountable for the collateral damage that they leave in the wake while fighting evil. This causes a rift between the Avengers, forcing the team to either choose to team between Steve Rogers (Chris Evans) and Tony Stark (Robert Downey Jr.). Whose side are you on? Do you join team Cap side with Winter Soldier (Sebastian Stan), Falcon (Anthony Mackie), Scarlet Witch (Elizabeth Olsen), Ant-Man (Paul Rudd), and Hawkeye (Jeremy Renner)? Or do you side with Iron Man, Black Widow (Scarlett Johansson), War Machine (Don Cheadle), Vision (Paul Bettany) and making their big-screen debut in the connected universe, Spider-Man (Tom Holland) and Black Panther (Chadwick Boseman)? Marvel has recently come out and said that Civil War is the answer to the announcement of Batman vs Superman. With the mixed reception of BvS and critical success of every Marvel film to date, Civil War is looking to kick the summer off with a bang.

Thanks to the divide between Marvel and Fox continues that still doesn’t allow for the X-Men to be featured in the Marvel connected universe, the X-Men franchise rolls on. Digging deep into their lore, long-time fan favorite villain Apocalypse (Oscar Isaac) makes his big screen debut as he wrecks havoc on the world. Just like his name infers, Apocalypse is the world’s first mutant and with the help of his Four Horsemen: Magneto (Michael Fassbender), Psylocke (Olivia Munn), Archangel (Ben Hardy), and Storm (Alexandra Shipp) plans to disseminate human kind. It is up to Professor Xavier (James McAvoy), Mystique (Jennifer Lawrence), Beast (Nicholas Hoult (Beast), Quicksilver (Evan Peters), Cyclops (Tye Sheridan), Jean Grey (Sophie Turner), Nightcrawler (Kodi Smit-McPhee), and even possible appearance of Wolverine (Hugh Jackman) teased by the most recent trailer. With last summer’s failure reboot of the Fantastic Four, Fox will need X-Men: Apocalypse to be well received. If not, we could easily see Fox fold to Disney just like Sony recently did, letting Marvel reacquire the film rights to Spider-Man.

Tilda Swinton, Matthias Schoenaerts, and Dakota Johnson look to start of the summer with a splash in A Bigger Splash (5/4), a story about a famous rock star and a filmmaker that are disrupted by the unexpected visit of an old friend and his daughter during their vacation. Jodie Foster directs the thriller Money Monster (5/13) which follows a financial TV host played by George Clooney and his producer Julia Roberts as their lives are threatened when an irate investor holds their studio hostage all while on the air. What summer isn’t complete with a PG-13 horror movie? In The Darkness (5/13), a family returns from a Grand Canyon vacation and bring back with them a supernatural presence that terrorizes them. Becare where you vacation this summer since you could wind up next to some unruly neighbors. Seth Rogen and Rose Byrne are back and this time teaming up with Zac Efron and Dave Franco to contend with the new sorority on the block led by Chloe Grace Moretz in the sequel to the 2014 rated-R raunchy comedy Neighbors in Neighbors 2: Sorority Rising (5/20). Flying off your iPhone and headed to the big screen, the hugely popular application video game franchise The Angry Birds Movie (5/20) are making their big screen debut.  Peter Dinklage, Bill Hader, Keegan-Michael Key, Josh Gad, Tituss Burgess, Maya Rudolph, Danny McBride, Hannibal Buress, Tony Hale and Sean Penn are just a few of the star-studded voice cast that hopes to turn this film into the cinematic franchise that Sony Pictures is hoping for. What could be nicer this summer than seeing Shane Black directing  Matt Bomer, Ryan Gosling, Russell Crowe, and Kim Basinger? In what is shaping up to be a spiritual successor to Black’s cult favorite Kiss Kiss Bang Bang, The Nice Guys (5/20) follows a private eye that uncovers a conspiracy in the midst of investigating the apparent suicide of a fading porn star in Los Angeles during the 1970s. To cap off May, in his final role as the The Blue Caterpillar, the late Alan Rickman joins Helena Bonham Carter’s The Red Queen, Anne Hathaway’s The White Queen and Johnny Depp’s Mad Hatter as Alice (Mia Wasikowska) returns to Wonderland only to learn that Time itself (Sacha Baron Cohen) has come undone in Alice Through the Looking Glass (5/27).

Angry Birds is not the only video game property seeing its big screen debut. Director Duncan Jones (Moon, Source Code) will have his hands full this summer bring the fantasy world of Azeroth to life in Warcraft. Based off of the massively popular MMO for computers, Warcraft follows two species, humans and orcs, as they feud for their families, their people, and their homes. After magical portals open in Azeroth, the orcs must abandon their world and colonize another to avoid extinction. That other world belongs to the humans. The film portrays both sides of the conflict, as both sides must come together if either has a chance of saving their races. With an acclaimed director at the helm, Universal Pictures has put a lot of eggs in the Warcraft basket. With the hopes that it becomes the next mega franchise, Warcraft is sure to be a fun filled fantastic time at the movies.

She told us that all you need to do is “just keep swimming.” This summer, Dory (Ellen Degeneres), Marlin (Albert Brooks), and Nemo (Hayden Rolence) are back in their first full-length animated feature film since 2003’s Finding Nemo, in Disney’s Finding Dory. Known for her lack of short-term memory, Finding Dory follows Dory as she sets out to find her long-lost family in the deep blue ocean. On their adventure, they will encounter new faces to the franchise like the whale shark; Destiny (Kaitlin Olson), a beluga whale named Bailey (Ty Burrell), Hank (Ed O’Neill) the octopus and more. Finding Dory also features a talented voice including Idris Elba, Willem Dafoe, Bill Hader, Diane Keaton, and Sigourney Weaver. With the success of Frozen, Star Wars, and Marvel franchise, Finding Dory is set to be another box office hit in Disney’s Finding Dory.

It has been 2 decades since President Whitmore (Bill Pullman) gave his call-to-action speech about how we, as humankind, will not bow down to an alien threat but rather celebrate our Independence Day. Set 20 years after the first invasion, David Levinson (Jeff Goldblum) is back to combat an alien invasion in Independence Day: Resurgence. Apparently just before Levinson and Stephen Hiller (Will Smith) took out the mother ship, the aliens sent out a distress signal. Now the aliens are back with an even bigger fleet with one sole purpose, eradicate humanity once and for all. Director Roland Emmerich is back at the helm with Pullman, Goldblum, Vivica A. Fox, Judd Hirsch and Brent Spiner rejoining to accompany him. New wo the series are Liam Hemsworth, Jessie Usher, Maike Monroe and Sela Ward. While Smith’s Hiller won’t be making an appearance, apparently his character will play into the lore of the film. Just in time for the holiday, Independence Day: Resurgence is sure to set off fireworks in the box office this summer. 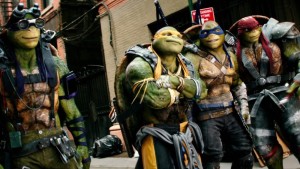 Out of the sewers and into June, the radical turtles are back in Teenage Mutant Ninja Turtles: Out of the Shadows (6/3). After the mixed reception of the 2014 reboot, we see our heroes fighting fan favorites for the first time on the big screen as in Baxter Stockman (Tyler Perry), Bebop (Gary Anthony Williams) and Rocksteady (WWE’s Sheamus), as well as the dreaded alien Krang (Fred Armisen). The comedic comedy rap group of the Lonely Island are bringing their talents to the big screen this summer in Popstar: Never Stop Never Stopping (6/3), which follows pop/rap superstar conner4real (Andy Samberg) as his celebrity high life begin to collapse in a mockumentary ala Behind the Music. Daenerys Targaryen herself, Emilia Clarke and Sam Claflin star in the love story about a girl in a small town forms an unlikely bond with a recently paralyzed man she’s been caring for in Me Before You (6/3). After grossing 15 times its production budget with a total of $318 million worldwide, it’s no surprise that Vera Farmiga and Patrick Wilson are back and being plagued by malicious spirits in The Conjuring 2 (6/10). The Four Horsemen (Jesse Eisenberg, Woody Harrelson, Dave Franco, and replacing Isla Fisher, Lizzy Caplan) return to dazzle and impress with their magical tricks only this time to be joined by the wizard himself, Daniel Radcliffe, in Now You See Me 2 (6/10). Wondering where Kevin Hart is this summer, don’t worry! Hart and Dwayne “The Rock” Johnson are teaming up in the comedic action flick Central Intelligence (6/17), in which Hart plays a mild-mannered accountant that lured into the world of international espionage by his high school friend (Johnson).  Blake Lively will learn just how dangerous the ocean can be this summer when she stranded just a short distance from shore after being attacked by a great white shark in The Shallows (6/24). Matthew McConaughey rounds out the end of June gathering rebels and farmers as he leads the fight against the Confederate army in Free State of Jones (6/24). 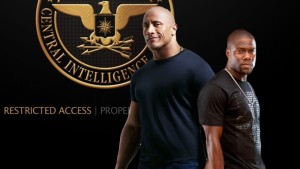 Suzanna BowlingNovember 19, 2022
Read More
Scroll for more
Tap
Is There No Stopping Lin Manuel Miranda?
Long Day’s Journey into Night A Classic That Stands On Its Own