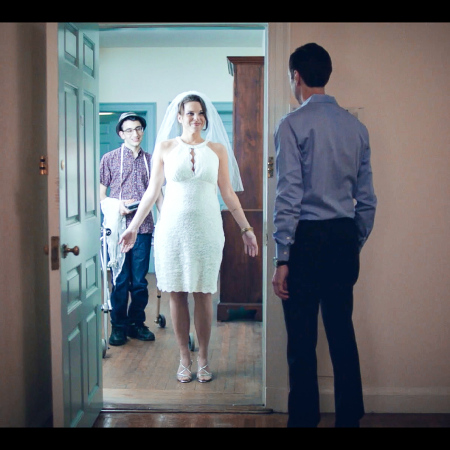 With magnificent shots of a snowy New York City floating by in front of my eyes, streaming the film “Love, Repeat” made me pine for those magical winter streets (great work, cinematographer Daniel Brothers). It gave me hope and a desire for a new whimsical love story that I could grab hold of during these isolated COVID days and nights. The film that is available for streaming on on Amazon, FandangoNOW and other North American digital HD internet, cable and satellite platforms and DVD, starts off sweetly. As directed by Shelagh Carter (“Passionflower“), it awkwardly dancing forward like a cross between HBO’s fun ‘Sex and the City‘ and the classic (and far superior) “Love, Actually“. There’s narration spoken over the street imagery, setting up the structure, and the complication of love that sits somewhere between real and romantic. Written by the film’s star, Bill Connington (Off-Broadway’s Poughkeepsie is for Lovers; Zombie), the tale centers around a stodgy middle aged man by the name of James who is in desperate need to come of age, in a way, both romantically and emotionally. He’s clueless really, in an innocent kind way, grappling to deal with his stale emotional state, a failed marriage, and a dating world that he has no experience with, nor any internal sense on how to behave. He is stiff and stoic, while also slouchy and resigned. A weird mix, that both rings honest and true, while simultaneously rarely pulling us in emotionally to his troubles and complexities.

You see, James is still in love with his ex-wife, Barbara, played by the radiate Leenya Rideout (Broadway’s Company; War Horse), and he can’t quite shake that unknown feeling. And even though his ‘wise-beyond-his-years’ son, Chris, played well by the young Maxwell Purushothaman, states most emphatically that “maybe love isn’t worth it“, James, along with his extremely quirky circle of family and friends don’t believe that is true for an instant. They all flail and falter themselves along cupid’s pathway just as hard (and ridiculously) as one can imagine, never really finding an authentically emotional leg to stand on. But in this crazy world (and this crazy stilted movie), “love [actually] is“, as the press release states, “the only thing that makes sense“, even though it doesn’t really make any sense inside this wanna-be romantic film.

It’s apparent almost from the get-go that director Carter truly wanted us to connect to that magical witty fun feeling that exists inside all of those lovely romantic Richard Curtis films such as, “Love Actually” and “Four Weddings and a Funeral“, trying hard to tease out the intelligence and the magical, while also attempting to instill a humanistic connective approach. The structure is there, but the essence and ease never fully materializes. Standing at the center of this story, James, portrayed with sad sack appeal by Connington, surrounded by the overly stylistic ensemble that includes Rideout as Barbara, Chalia La Tour (Broadway’s Slave Play), Marcus Ho (“Succession”), Nandita Shenoy (“Insomnia”), Vivia Font (“For Life”), Carole Monferdini (Hank Boyd is Dead), Stu Richel (“Billions”), Leon Andrew Joseph (“Blue Bloods”), Elizabeth Pojanowski (Morning Star), Donovan Mitchell (“Law & Order: Special Victims Unit”), Rich Liu (The Long Exit), Sarah Megan Thomas (A Call to Spy), Ryan J. Haddad (“The Politician”), Cadden Jones (“The Marvelous Mrs. Maisel”), Chris McGinn (Kidnap), and introducing the newbies, Maxwell Purushothaman and Maeve Seto, struggle to create accessible believability. The writing and the reality of these folks never truly find their way into each other’s arms. Is it the writing or the delivery that doesn’t ring quite true? Hard to say, as the lines are written more like quotes than dialogue, being both witty and wise, but rarely do they give us an authentic footing to engage with, rarely giving us any ability to inhabit each other’s space and those glorious streets of New York. “Is it just me – or do you smell an instant attraction here?” No, Jenny (Pojanowski), I smell something, but it is not an instant attraction.

It’s a shame, as Connington, the screenwriter and star, has a compelling romantic tale to tell, but he doesn’t manage to give it a clear voice and an authentic experience that reflects the real people he is trying so hard to gift us with. It’s overrun with stylistic movie moments from other films like the man-make-over scene that only made me miss Ryan Gosling/Steve Carell in “Crazy Stupid Love” all the more. The flow and connection aren’t there. Connington may need a bit of Gowling cheek-slap kinda crazy stupid love to get himself in the right space to pull this story of repeated love off. He rarely gives off any sensual or romantic vibe. The lead is obviously a good man, a kind connected father, and a terrible first date, but in order for this film to really connect and get us on his side, we need to see that spark come alive and grow in strength and believability. That doesn’t happen, and the people around him: a) don’t really resonate as honest or authentic; b) don’t seem to know each other or really care for one another (except the son); and c) fail to give us much love to cheer for. “Love, Repeat” attempts to remember the valentine feelings of passion and engagement, but there are too many artificial setups and interactions that all I am left with is a feeling that “I don’t know how much longer I can take this amicable divorce thing.” Once again, young Chris, who says this early on to his kind disconnected father, nails it. The young son might be the wisest one in this whole “Love, Repeat” mess, actually nad most honestly. 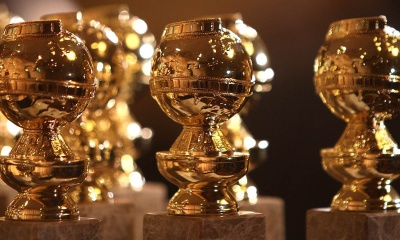