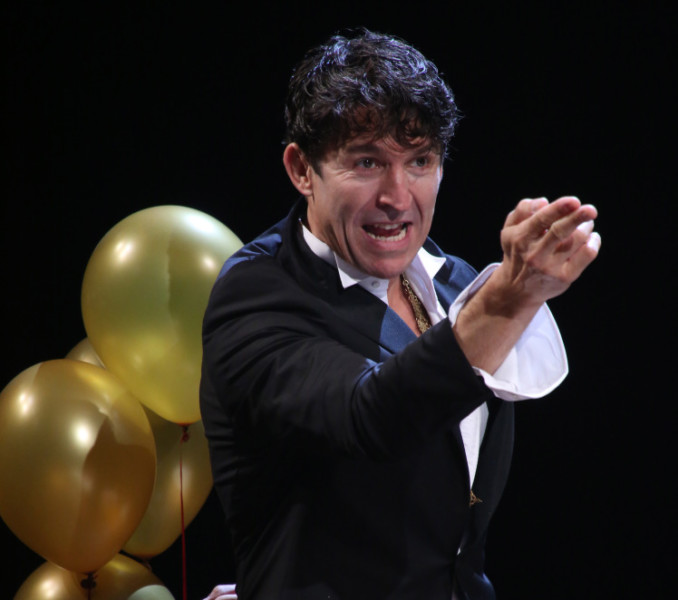 Measure for Measure: No Harsh Judgements for the Funny Fallible Human

Measure for Measure: No Harsh Judgements for the Funny Fallible Human 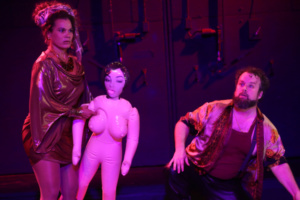 I feel blessed sometimes, when the summer in New York supplies us with so much great Shakespeare, and especially this particular summer. I am getting the opportunity to see two of his plays that I have never seen nor read before, and that feels like such a great gift. Shakespeare in the Park’s Julius Caesar is a gift from The Public Theatre, much to the discontent of the Far Right (even though their cause sits on a false narrative: click here to read my review), and now Theatre for a New Audience has bestowed upon us a rowdy and rambunctious Measure for Measure, a play that I have heard of, but never have had the opportunity to see. And what a festive treat TFANA has given us here in Brooklyn.

The design team, made up of scenic and costume designer, Paul Wills (West End’s Mrs. Henderson Presents), and lighting by Matthew Richards (Westside Arts’ Absolute Brightness…), has crafted a not so subtle decent into an immoral world where clashing arguments about our humanity and power reside. As we enter the theatre, we are fed through a labyrinth of dildo-strewn hallways and erotic scenarios set up for our amusement. Are we supposed to be shocked or titillated by these suggestive scenarios we encounter in Mistress Overdone’s brothel hallways?  This question resonates throughout much of Shakespeare’s Measure for Measure directed by the inventive Simon Godwin (NT’s gender-fluid Twelfth Night) especially during the first scene. Duke Vincento seems to be falling down a rabbit hole of debauchery and addiction. He decides quite suddenly it seems, to transfer his judicial power over to the high minded and puritanical Angelo (Thomas Jan Ryan) and his assistant, Escala (January Lavoy), to watch over his Viennese kingdom. The reasonings of the Duke seemed quite unclear though, at least to me. He states he is leaving Angelo in charge so he may clamp down on Vienna’s rampant vice that has grown under the Duke’s watch, yet he remains in disguise to watch over what transpires in his absence. I’m not quite sure I trust his logistical and moral arguments he makes throughout. The Duke, as played with great humor and charm by Jonathan Cake (TFANA’s Much Ado About Nothing) is quite the mischievous soul, toying with people’s emotional state as if it’s all a big morality game. He has his reasons for each deception, or so he says, but for this spectator, he left me feeling suspicious and cool to his ways and means. What are we to make of the Duke? He’s like the practical jokester that sometimes goes too far with his charade manipulating and correcting others while his personal participation and power to intercede is left unquestioned.

The play and this provocative production quite readily brings to mind our own highly polarized world where religion and law are too wrapped up together without a shred of reason or mercy. Shakespeare seems to want to say that the law, without forgiveness and thoughtful mercy is too harsh and uncaring. Marianna, spectacularly played by Merritt Janson (Red Bull’s Coriolanus) while wronged by so many, sings her way into our hearts from the first moments in Act II, and is the one to beg for the life of the man who of all the characters in Measure for Measure, deserve his punishment. She asks for forgiveness from Isabella and leniency from the Duke, stating that we all are fallible and need mercy and kindness over harsh judgments. It’s a touching ending for a beautifully crafted production of a complex and problematic play. Repression, lust, hypocrisy, and disturbing sexual politics has never been so much fun or more wildly brought forth.