Meet Anaïs Reno Who Embodies Jazz Like An Old Soul 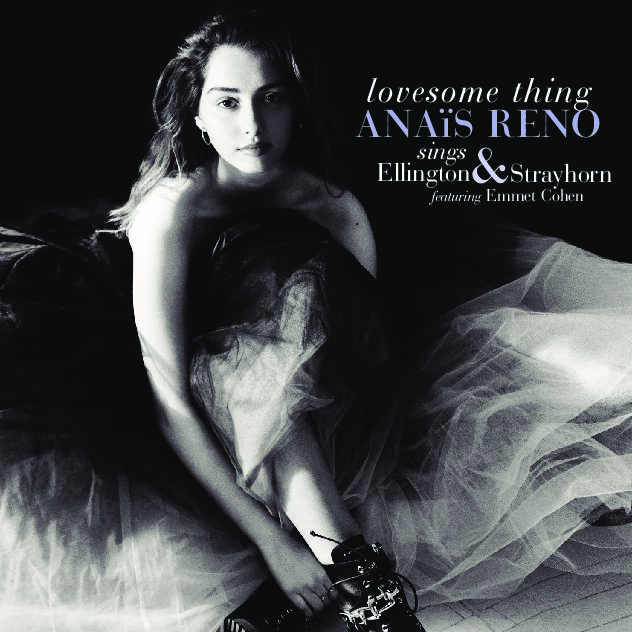 Meet Anaïs Reno Who Embodies Jazz Like An Old Soul

Vocalists are often wary of making their debut CD a tribute album, especially covering artists as iconic as Duke Ellington and Billy Strayhorn. There is a lot of history associated with those titans of the jazz world, and their songs have been covered by hundreds of singers. But Anaïs Reno has such a strong affinity for their music that she knew she wanted her first recording to be a statement of who she is as an artist. Lovesome Thing, Anaïs Reno Sings Ellington & Strayhorn is a gorgeous tribute to the music of Ellington and Strayhorn and a welcome addition to their oeuvre. What is especially impressive is that Reno recorded it in 2020 when she was 16 years old.

Despite her fledgling career, Reno has already racked up an impressive list of honors. She won the 2016 Forte International Competition’s Platinum Award at Carnegie Hall and Second Place at Michael Feinstein’s Great American Song Book Academy competition in 2018. She also came in First Place at the Mabel Mercer Foundation competition in New York City in 2019 and won the Julie Wilson Award in 2020.

The remarkable thing about Reno is not just her musicality, but her very mature ability to interpret song lyrics. There is a genuine world-weariness to her vocals that belie her youth. Anaïs Reno is truly a phenomenon. Her sophistication and work ethic sets her apart from most people her age. But it would be wrong to judge her just for being so accomplished at such a young age. It is more appropriate to listen to her stellar performance as a polished artist, regardless of her youth.

G. H. HARDINGMay 12, 2021
Read More
Scroll for more
Tap
What to Watch in The New Year: May 2
Theatre News: The Secret Garden, Man of La Mancha, The Importance of Being Earnest, Wicked, The Lion King, Hamilton and Moulin Rouge!