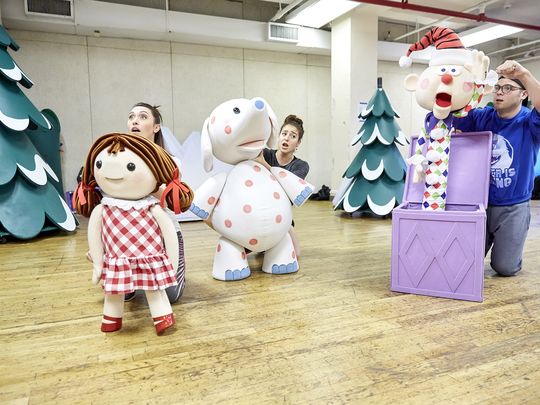 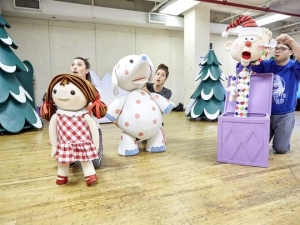 Rudolph the Red-Nosed Reindeer: The Musical, runs from Dec. 1 to 18, at Madison Square Gardens. It is a faithful adaptation of the 1964 animated special. Puppets play a big part in keeping the look of the stage show compatible with the memories of generations of TV viewers. Anthony Marone plays Charlie-In-A Box, one of the misfit toys and T2C had a chance to talk and learn more about this production. 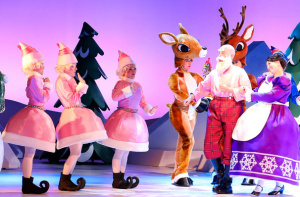 T2C: How did you audition for this production? 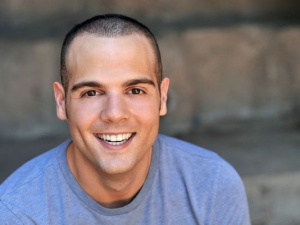 Anthony Marone: I auditioned for this two years ago. I saw an ad in playbill out in LA. For my first audition I sang, “I’m A Star” by Scott Alan and I got great feed back then I read for Rudolph, then the elves, then Boss elf and then found me to be a Charlie in The Box. First year I understudied and the 2nd year I played an elf and Charlie in The Box. This year I play a reindeer and Charlie in the box. I originally sent in a video. My boyfriend plays Hermie. 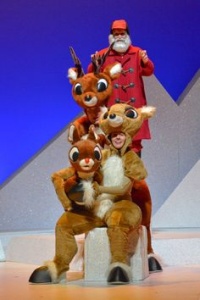 T2C: What had you done prior to this show?

Anthony Marone: I am from New York, so originally community theatre where I did High School Musical, South Pacific. At Wagner I did main stage productions of Cinderella, Tommy and Little Women, which lead to Twist and Shout and Peter Pan regionally.

T2C: What is special about this production?

Anthony Marone: It’s amazing how they took the TV special and placed it on stage. They have narrowed down the specifics. This is such a treat because everything you remembered will be there. Its more than just the production, this is nostalgia. It’s a whole experience.

T2C: How is it different? 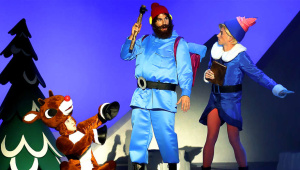 Anthony Marone: One number that is not in the show, that is a lot of fun is Rockin Around The Christmas Tree.

T2C: Does the show incorporate the TV Special?

Anthony Marone: Yeah we have projections through out the entire show. The voices are identical.

T2C: What was the training for the show? 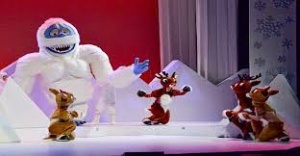 Anthony Marone: A vocal coach worked one on one with each of us as well as a puppet master. All the misfit toys are puppets, as is the abdominal snowman who is a 15 foot puppet. He’s amazing, The show is s a combination of real people and puppets.

T2C: What should the audience look for?

Anthony Marone: A feeling of nostalgia. MSG and this show bring that warm holiday feeling. A lot of kids leave in such awe. When they get excited you get excited. The show is very interactive.

T2C: Are there other tours of the show?

Anthony Marone: In Fort Worth amd we just left Chicago and Dallas. There is another tour out as well.

Anthony Marone: My boyfriend and I are moving back to NY. It’s been 6 years and we Just joined actors equity. 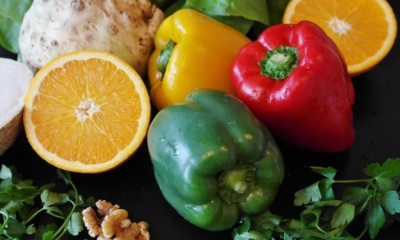