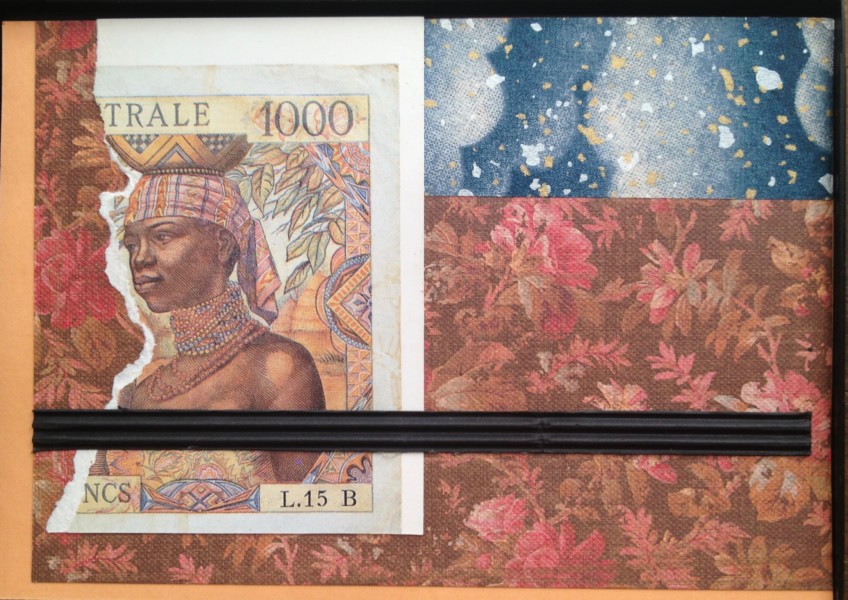 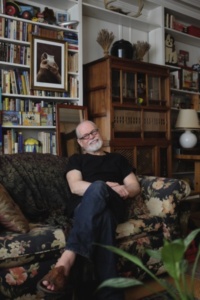 Joe Dance is an artist who moved from West Virginia with his wife Beverly 40 years ago to pursue his dream of being an artist living in NYC. Beverly was an actress, became the director of Garrick Stephenson Antiques on Madison Avenue. Joe managed Ann Jacob America, an outsider art gallery on Madison Avenue in the early 90s. He moved on to became the Media Relations Specialist at Crate and Barrel. In 2005 Beverly passed away. 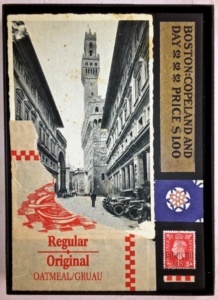 Today Joe creates beautiful mixed media and collages that are spontaneous. All the elements (balance, color, line, Cubist principle, etc.) are there, but the collages are not nearly as calculated and structured as my earlier paintings, states Joe. 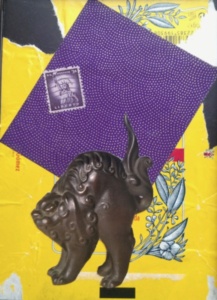 I collect paper and ephemera from various sources, including what I might find on the street. When I start working on a new collage, I begin with an element that has a particular appeal to me and build from there–pulling in other elements that resonate–tearing, cutting, pasting–responding to balance, color, line and pattern as they present themselves–in essence, painting with paper. 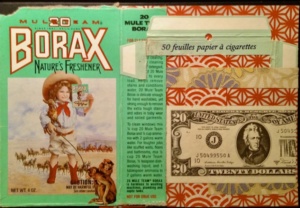 It’s almost like going into a trance and allowing myself to be guided by an innate force. Enormously satisfying! 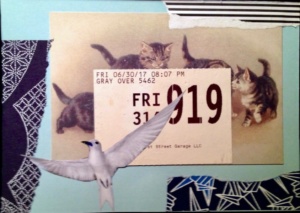 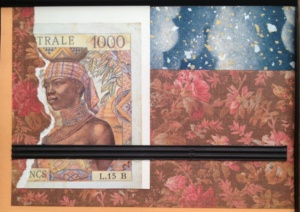 Countdown to Christmas Our Holiday Gift Guide Day 22: Give The Gift of Blowing Glass

Countdown to Christmas Our Holiday Gift Guide Day 13: If You Think It You Can Create It

Save The Presidents Comes To Times Square
David Bowie The Photographs