Christiaan Smith has sung concerts with six-time Grammy Award Nominee Frederica von Stade, Tony Award Winners Alice Ripley and Randy Graff. He has performed with NEA Jazz Master Richard Davis. Christiaan’s songwriting was featured when he opened for one of President Obama’s campaign speeches, and he has sung opera across the US and in Italy. 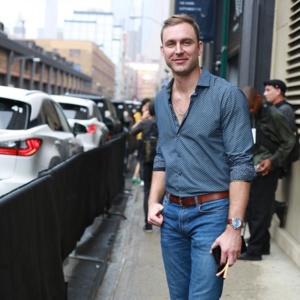 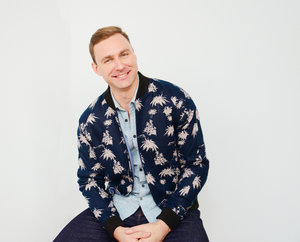 On Saturday, November 18 at 8PM in Weill Recital Hall, Christiaan will make his Carnegie Hall debut with “Songs We Know.” Smith will explore the popular songs of The Beatles, Adele, John Legend, John Mayer, Ed Sheeran, Simon and Garfunkel, Elvis, and more, with a fresh interpretation.

Most recently, Smith co-wrote his first solo album to be released later this year, “All The Way,” with British songwriter Chris Eaton. Eaton has written for Janet Jackson, Keith Urban and Amy Grant. The album’s title song was the first single from the album, released October 20.

T2C: You sang with Frederica von Stade. Where and what was that like?

Christiaan Smith: She is very sweet. I met her through my friend Jake Heggie and we did a concert of his music in San Francisco together. Jake is a friend of both of us and it was such a treat to work with two incredible artists. Frederica does a lot of out reach for kids and I admire that.

T2C: What about Alice Ripley?

Christiaan Smith: We did a concert at Joe’s Pub with Randy Graff, Anita Gillette and David Burka for Broadwayworld.com.

T2C: What was it like working with Marilyn Horne?

Christiaan Smith: Marilyn ran the Academy of the West while I was going to school there in Santa Barbara, California. She was so encouraging .

T2C: How did you meet Carol Burnett?

Christiaan Smith: She put a showcase on at the music academy. It was a cabaret night and I sang “Time After Time.” She come up to me and said “I’ve never heard it better and I’ve heard Frank Sinatra sing it.” I asked her if I could use that quote and she generously said, yes.

T2C: You also write songs. What is your inspiration?

Christiaan Smith: I just got engaged and love is very inspiring “All The Way”, the album is just recorded will be released in the spring, but tracks are coming out in November and December and we just released one in October.

T2C: You opened for one of President Obama’s campaign speech’s, how did that come to pass?

Christiaan Smith: I was playing in a Jazz Quintet and we were playing in a local martini bar called Crave Lounge in Madison Wisconsin and Obama’s coordinator ask us to perform.

T2C: You do opera and musical theatre, what do you prefer and why.

Christiaan Smith: They each have their unique challenges. Both are very satisfying. In opera your really get to focus on the singing and make it as beautiful as you can. I love musical theatre because they are all in English. Each has it’s own payoff.

T2C: They say that eyes are the windows to the soul. I think songs are. What song describes who you are?

Christiaan Smith: A Shubert song called “Das Rosenband.” It is about love at first site. The song is sparse in music, but strong lyrically. I sing it in the shower. I also love John Myer and I love classical music. “Joey” from Most Happy Fellow also speaks to me.

T2C: What is your favorite opera?

Christiaan Smith: The Magic Flute and I have played Papigino. This show has morals and great music. I loved playing Papigino as he is such a down to earth guy.

T2C: What is your favorite musical?

Christiaan Smith: Bridges of Madison County which I just did. Beauty and The Beast was a blast to perform.

T2C: How did your concert at Carnegie Hall come about?

Christiaan Smith: I had wanted to do a kind of show were I bring the technique of opera to the pop repertoire. If we strip away the historical context and the language barrier of opera and just do a song you know in a operatic style, suddenly it is not unrelatable. People who think that pop songs do not have a lot of depth, might find the opposite in this style. We have done this concert 4 times in Wisconsin and Michigan.

T2C: What songs are in your concert?

T2C What would you like us to know about you?

Christiaan Smith: I often get asked what I want to do, and I want people to know there is good music in any genre and there is not a lot of room for music elitism.

You can catch Christiaan Smith November 18 at 8PM in Weill Recital Hall.