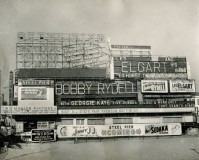 Bobby Rydell is best known as a 1960s teen idol with such hits as “Kissin’ Time,” “Wild One” and “Volare.” He appeared on Dick Clark’s American Bandstand in 1959, and went on to sell more than 25 million records during his career.

In 1963, he starred in the movie version of the Broadway hit Bye Bye Birdie, playing Ann-Margret’s long-suffering boyfriend Hugo Peabody. His career was put on hold in 1964 when he joined a local unit of the National Guard in Philadelphia. He served with the Guard for several years. 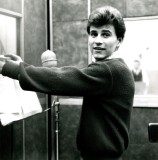 When he returned he was never able to match his early achievements.

In the summer of 1985, he joined his old friends and fellow teen idols Frankie Avalon and Fabian Forte on the Boys of Bandstand tour. The trio continues to perform as The Golden Boys at venues around the world.

In 1995, his hometown of Philadelphia named the street where he was born “Bobby Rydell Boulevard.” That year, he re-recorded his greatest hits to produce The Best of Bobby Rydell. He was also inducted into Philadelphia’s Walk of Fame. In 2000, he released Now and Then, his first album in two decades, which included remakes of his old hits and some new additions as well. 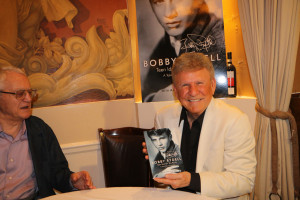 He has co-written a new book called “Teen Idol On The Rocks” with award-winning musician-author-filmmaker Allan Slutsky (“Standing in the Shadows of Motown”). “Teen Idol On The Rocks” not only tells the story of Bobby Rydell, but that of American pop culture through the past six decades. In its pages, Bobby writes of his encounters with such giants of 20th century show business as Frank Sinatra, Ann-Margret, The Beatles, Red Skelton, Jack Benny and Dick Clark, whose Philly-based American Bandstand helped make Rydell the world’s biggest teen idol in the years between Elvis Presley’s army induction and the advent of Beatlemania. A time when Frank Sinatra called Bobby his “favorite” pop singer. Bobby delves into the darker and more dramatic aspects of his life, including the death of his beloved first wife, Camille, his decades of alcohol abuse, and the last-ditch transplant surgery that saved his life.

This is a man who  lost his virginity in a Hollywood hotel suite at the age of 17. A Philadelphia mob boss helped him take a movie acting job. At 19, he became the youngest-ever headliner at New York’s legendary Copacabana nightclub. How The Beatles paid homage to Bobby in one of their biggest hits – and how the Fab Four’s emergence as a global phenomenon all but killed his career.

T2c sat down with Bobby Rydell with the amazing Magda Katz filming our interview. It was so in-depth, we broke it down into a 2 part series. At Sardi’s restaurant the three of us filmed this series with an icon.