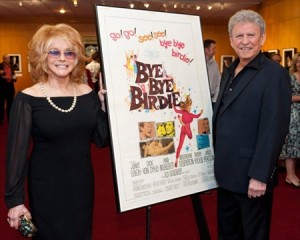 In Part 1 T2c sat down with Bobby Rydell, with the amazing Magda Katz filming our interview to find out what it was like to work with those iconic stars. At Sardi’s restaurant the three of us filmed this series with an icon. On July 6th head to Lincoln Center, grab your pals, dress your sharpest, and dance the night away with swinging crooner Bobby Rydell. A ’60s teen idol both in real life and on screen in Bye Bye Birdie, Rydell is the consummate entertainer. And with one of Philadelphia’s hottest vintage party bands keeping the beat, even the shyest wallflower will let it fly when they play “Volare.” Dance Instructor Eva Carrozza will help teach the Lindy Hop as well. 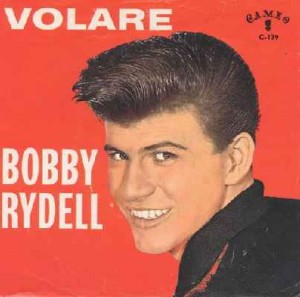 Bobby has also co-written a new book called “Teen Idol On The Rocks” with award-winning musician-author-filmmaker Allan Slutsky (“Standing in the Shadows of Motown”). “Teen Idol On The Rocks” not only tells the story of Bobby Rydell, but that of American pop culture through the past six decades. In its pages, Bobby writes of his encounters with such giants of 20th century show business as Frank Sinatra, Ann-Margret, The Beatles, Red Skelton, Jack Benny and Dick Clark, whose Philly-based American Bandstand helped make Rydell the world’s biggest teen idol in the years between Elvis Presley’s army induction and the advent of Beatlemania. A time when Frank Sinatra called Bobby his “favorite” pop singer. Bobby delves into the darker and more dramatic aspects of his life, including the death of his beloved first wife, Camille, his decades of alcohol abuse, and the last-ditch transplant surgery that saved his life.

Suzanna BowlingJuly 8, 2020
Read More
Scroll for more
Tap
Gluten Free Has Options That Will Astound
The Drama Desk Awards Who Will and Won’t Win