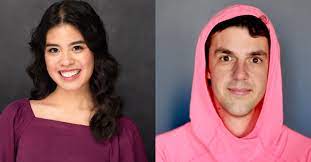 Suzanna Bowling
Edward Kleban, the lyricist of A Chorus Line and other extraordinary works, created the Kleban Prize in his Will, which is given annually to writers of extraordinary promise – to a librettist and a lyricist, respectively. Kleban designed the prize based on his personal experience as a promising writer. He was acutely aware that, though composers and musicians may often work within the theater, lyricists and librettists generally have to work outside the theater in order to support their writing. He wanted a prize of sufficient size to allow promising writers the time to simply write; his creation of the prize flowed from his desire to help other worthy artists like himself. The prize is administered by New Dramatists on behalf of the The Kleban Foundation, Inc. Board of Directors. To ensure a robust and equitable adjudication, applications (including work samples) are submitted and reviewed blind by an independent panel of musical theatre artists and industry leaders. The Kleban Foundation Board sets the amount of the Prize annually. In recent years, a sum of $100,000 in each category has been paid in two annual installments to Prize recipients.
The 2022 Kleban Prize for Musical Theatre recipients, César Alvarez (they/them lyricist) and Isabella Dawis (librettist).
The Kleban Prize for Musical Theatre, the virtual ceremony will stream on at Broadway On Demand starting Monday, February 21 at 7PM.
For more details about The Kleban Prize for Musical Theatre, César Alvarez and Isabella Dawis visit www.NewDramatists.org/Kleban-Prize-Musical-Theatre.
Related ItemsBroadway On DemandCesar AlvarezEd KlebanIsabella DawisNewNew DramatistsThe Kleban Prize for Musical Theatre
Events