Meet Christina Bennington Opening Tonight in Bat Out of Hell 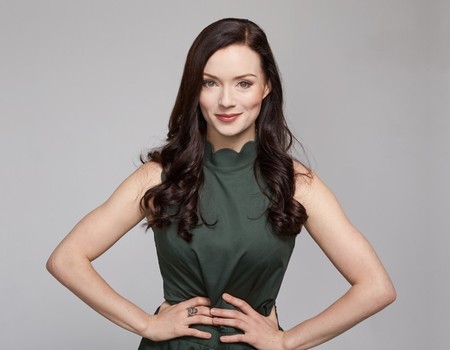 Meet Christina Bennington Opening Tonight in Bat Out of Hell

Christina Bennington is a Northern Irish actress from Belfast, now living in London. She got her training at the Guildford School of Acting. From there Christina landed roles in A Christmas Carol, Sweeney Todd, Show Boat, Oklahoma!, Finian’s Rainbow and Bat Out Of Hell.

Her recordings include; Bat Out of Hell Original Cast Album, The Little Prince (BBC); Paradise Lost and The In-Between.

T2C had a chance to talk to this prolific actress with a lilting voice and a heart to match.

T2C: Your are from Belfast, Ireland. How did you get started in theatre?

Christina Bennington: When I was a kid my family and I use to do dramatic panamime on stage in Northern Ireland. I started singing classical and was in many choirs.

T2C: What is the Guildford School of Acting?

Christina Bennington: It is a drama college and it is considered one of the top theatre colleges for musical theatre. I attended from the ages of 18 – 21 and was in a lot of the plays.

T2C: What was your first role?

Christina Bennington: My first professional role was A Christmas Carol in Birmingham. I did play the queen of the mermaids in a school production when I was 5 and it is still my one of my proudest moments.

T2C: How did you get Bat Out Of Hell?

Christina Bennington: My agent called me. Until then I had only done classical musical theatre like Sweeney Todd. I never thought I would get it. I went in about 8 to 10 times and was cast in the workshops. Then I got a call that they were releasing a press release and I was in it. I was so excited, because they could have cast a star and they went with me.

T2C: What is it like working with Andrew Polec?

Christina Bennington: He is American and we were cast separately. There is always a risk with that, but luckily when we met at our first photo shoot there was a chemistry. We feel like we are children, who have been brought together by fate.

T2C: What is your favorite moment in the show?

Christina Bennington: I have many, but one of mine favorite is at the beginning of Act Two. Singing “Heaven Can Wait,” has a big key change and I get to make it my own. I love that quiet moment, as the show is a spectacle and a lot is going on.

T2C: You are touring all over. Where are you looking forward to playing?

Christina Bennington: I am actually not touring, I am just doing the New York run and I played in Toronto.

T2C: Did you get to work with Meatloaf?

Christina Bennington: Yes, he is a really cool guy and he is so adorable. He wants to hear about you, even though he has a lot great stories.

T2C: They say eyes are the windows to the soul, I think songs are, which ones describe you?

Christina Bennington: “For Crying Out Loud,” as it is all about being vulnerable. I love so many genres of music. My taste comes from my dad  who loves 70’s an 80’s rock. Fleetwood Mac’s “Dream Music” is so deep. To me exposing personal things are what performing is about. We have sing-a-longs in London and they are magical. Seeing people who normally don’t sing, singing to us is the most emotional and wonderful thing.

T2C: What Have been your favorite roles?

Christina Bennington: Johanna Barker in Sweeney Todd, because I love Sondheim and it was a dream come true. It was also challenging and I love that.

Christina Bennington: I would absolutely love to do any role in Mean Girls. I am waiting for someone to make a “Buffy the Vampire” musical. I want to play a kick ass female, a fierce woman with a lot of power. This normally comes in new works.

T2C: Have you worked in film and TV?

Christina Bennington: I have yet to have really had a chance to audition. I am blessed in that I have worked steadily since I graduated. I would love to work here and in the UK.

T2C: What would you like to accomplish in your career?

Christina Bennington: I would always like to be better at what I do. I want to tell stories that matter. Nothing easy, as I always want to grow and never settle.

T2C:  What would you like our audience to know about you?

Christina Bennington: That I am having the absolutely best time of my life in this show. I love being on stage in a culture that is becoming so removed. I love having one and ones, so please come say hello.

Suzanna BowlingJanuary 18, 2023
Read More
Scroll for more
Tap
Get Ready for Bat Out Of Hell — The Musical as it Starts Previews
Junie B. Jones The Musical – Entertaining Little Miss With Moxie