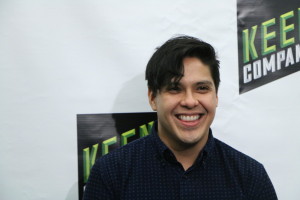 When the Obie Award-winning Keen Company announced  Nick Blaemire, Ciara Renée and George Salazar were starring in their New York revival of Jonathan Larsen’s Tick, Tick… BOOM!, we were excited. 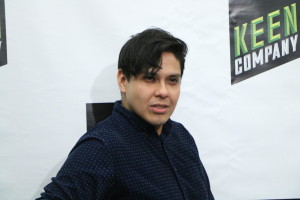 George Salazar, has appeared in The Public Theater’s off-Broadway production of David Byrne and Fatboy Slim’s disco poperetta, Here Lies Love (directed by Alex Timbers). In 2011, he made his Broadway debut singing “Light of the World” in the revival of Stephen Schwartz’s first musical, Godspell. George’s first break came in 2010 when he was cast as “Otto” in the second national tour of the Tony Award-winning musical, Spring Awakening.

T2c was at the meet and greet and had a chance to see a preview and talk to George Salazar an extremely talented musician/actor/singer.