Meet Juan Pablo Di Pace, the breakout star of Netflix’s #1 show Fuller House, who makes his sizzling solo debut at Feinstein’s/54 Below. T2C had a chance to talk to this dreamy heartthrob and learn just how talented this man is. 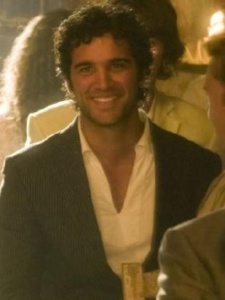 Hailing from Argentina Di Pace is best known for his screen roles that include a winning portrayal of Jesus Christ in NBC’s A.D. The Bible Continues, a murderous billionaire businessman on TNT’s Dallas, and Petros in the movie adaptation of Mamma Mia. Juan Pablo actually got his start on the stage. Notable theater credits include Tony Manero in the Spanish production of Saturday Night Fever, Danny Zucco in the Italian production of Grease, and the London production of Chicago. 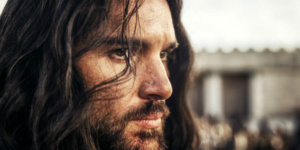 Di Pace has collaborated on music projects with Diane Warren and Desmond Child and has directed two music videos: Katie Melua’s “Two Bare Feet” and Hughes Corp’s “What a Feeling.” 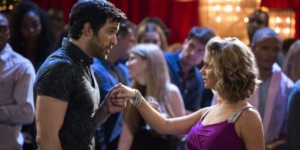 Juan Pablo comes to the cabaret world with his new show An Evening with Juan Pablo Di Pace, a walk through the misadventures of life on and off stage told through standards, showtunes, original music, and a collection of personal favorites by Stephen Sondheim, Kander & Ebb, Cole Porter, Astor Piazzolla, Andrew Lloyd Webber, Abba and more.

His dream role would be to play either character in Kander and Ebb’s Kiss if the Spider Woman.