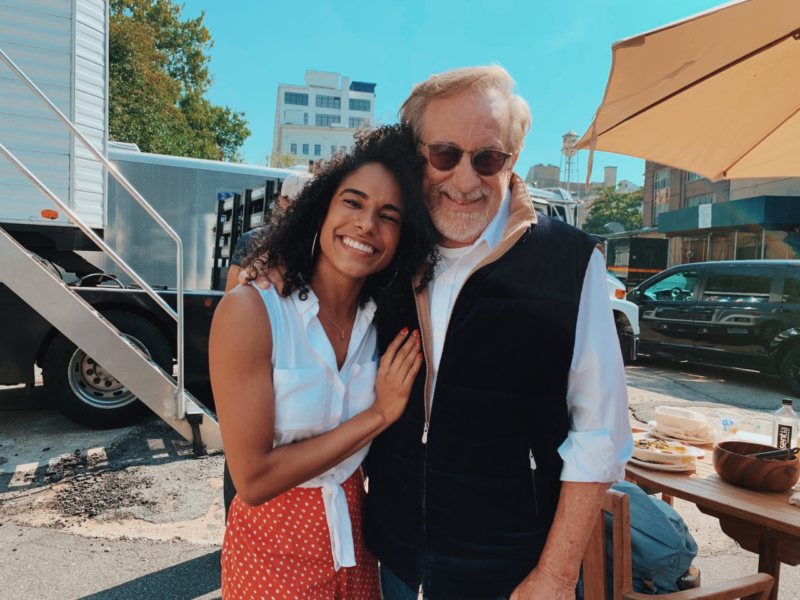 West Side Story had its world premiere at Jazz at Lincoln Center’s Rose Theater in New York City on November 29, 2021, and will be theatrically released by 20th Century Studios in the United States on December 10, 2021. One of it’s performers is the delightful and luminescent Ilda Mason. T2C sat down and talked with her.

lda Mason was born and raised in Panamá where she began her acting career with productions such as Peter Pan (Peter Pan), Beauty and the Beast, A Chorus Line (Bebe) and Hello Dolly (Minnie) among others. She was a professional dancer on Panamá’s Dancing with the Stars (Season 2 Champion). Her favorite credits in the U.S include the 2020 Broadway revival of West Side Story, On Your Feet! (National tour), West Side Story (Paper Mill Playhouse, Signature Theatre), Cinderella (National tour), and Legally Blonde (International tour). She can be seen as Luz in the upcoming Steven Spielberg remake of West Side Story coming to theatres this December 10th.

Quote From Ilda: Unlike most people, I didn’t know West Side Story while growing up in Panamá, so I feel incredibly fortunate that this masterpiece has literally changed my life. I moved to the US eight years ago pursuing the dream of being in movies and on Broadway and West Side Story did just that for me. It was my first professional show in this country and since then I’ve had the privilege to be in three more productions of it including my Broadway debut in Ivo Van Hove’s most recent revival and my feature film debut in Steven Spielberg’s adaptation. It has all been the most unimaginable dream: I’ve literally dreamt of working with Steven Spielberg since Jurassic Park and this is all so surreal. STILL. Furthermore, I’ve felt so proud of being a Latina, of my country and the shared culture we have with other countries of Latin America. I’ve felt at home all along because I’ve been able to share this with other Latinx people and it is so empowering because every single day we are one step closer to having a bigger Latinx representation on stage, film and tv.