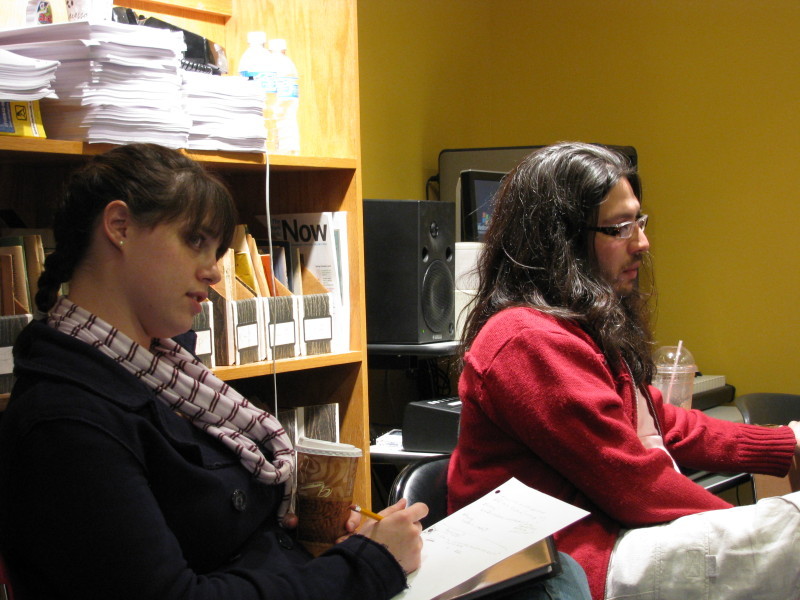 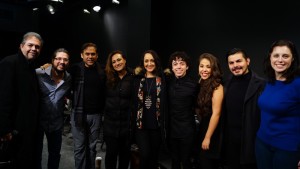 Children of Salt cast and crew

It is no secret that composer Jaime Lozano is rumored to be the “next big thing” on the Broadway scene, but, as is the circumstance of all those who walk the Great White Way, there is a point of entry. Not with media, word of mouth or connections, but with people. Or a person. 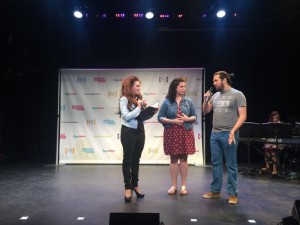 In the summer of 2007, Lozano travelled from Monterrey, Mexico to New York City, leaving behind a young daughter and a carefully crafted theatrical career as a director, writer and composer, to pursue an M.F.A. in Musical Theatre Writing at New York University’s Tisch School of the Arts. The move to the United States left him conflicted; who wants to leave certainty behind for the unknown? Conversely, Lauren Epsenhart, newly graduated from the State University of New York at Plattsburgh, made the same move, leaving behind her hometown of Stuart, Florida. Lauren’s conflicts were of a variant nature; she was unsure as to where she wanted her path to ultimately lead her. She was accepted into the Musical Theatre Writing Program, having never written lyrics, or any type of real musical book. Having studied writing, theatre and music as an undergraduate, Lauren also had an interest in pursuing Special Education, having grown up with a sibling who is on the Autism Spectrum. Both Lozano and Epsenhart were at divergent juxtapositions in their young lives.

There is no strong memory of what it was like for one to meet the other. It just was. The two collaborated in various writing labs but didn’t make a final connection until the end of their first year of study. The GMTWP faculty believed the two a strong writing match and paired them together to create a final thesis musical. The pair had the choice of proposing two project options; an original piece and an adaptation. When looking at pieces to adapt, the idea of obtaining the rights to the Mexican novel “Like Water for Chocolate” by Laura Esquivel was explored, but, unfortunately, the rights were not available. It was then Lozano asked Epsenhart to consider a popular Mexican play, written by critically acclaimed playwright Hernán Galindo. The play was titled “Los Niños de Sal” or, when translated, Children of Salt. Lozano had seen it eight years prior and thought it would successfully transpose into a musical. The two went about obtaining the rights. Once the legalities were in place, they began exploring the themes and existing characters of Children of Salt, putting together multiple rough songs and scenes. It quickly became evident to the pair that they had genuine writing chemistry, not to mention a viable musical.

Their final year at Tisch was not easy. The biggest loss that year came with the passing of Lozano’s mother. In addition, adapting to American culture, while learning English, left Lozano feeling frustrated and lost at times. Epsenhart still questioned her desire to have a foot in the two worlds of theatre and education. Despite the uncertainty, Lozano and Epsenhart spent long hours and sleepless nights, creating a final draft of Children of Salt. Both missed home, and all the familiarity it represented, but continued to move forward. By the end of their final year, the two had an informative industry reading at NYU. There was much work to be done, but that is to be the expected when honing in on any craft.

The two continued their partnership, beyond NYU. Lozano hovered between New York and Mexico, working with various theatre organizations and composing music for many other projects. Epsenhart continued to do the same. There was an interruption in the collaboration in 2009; Epsenhart was diagnosed with advanced stage thyroid cancer. She split her time between New York and Florida, undergoing surgery and treatment in Florida but flying back to New York to work and pursue a second master’s degree in Special Education at Hunter College of Manhattan. She was fortunate to be in constant contact with Lozano at that time, who was a continuous source of encouragement and support. The years following, Lozano and Epsenhart both continued to rewrite Children of Salt, not always living in the same state, or country, while doing so. They had numerous table reads but nothing moved beyond that. Lozano continued to compose and Epsenhart continued down the path of teaching, both in public schools and universities.

In 2014, the pair had the opportunity to meet up once again in Manhattan, only for a couple of hours in passing. They discussed potential options as to how to get the show material seen, having applied to dozens of musical festivals, fellowships, etc. Once again, they seemed to be at a standstill. Their luck would change in early 2015, when Galindo introduced Lozano to a group of Monterrey based producers, interested in developing the piece further in the U.S. December of 2015, these same producers had been interested in the musical since the very beginning but for different circumstances it was till now that seems to be the right moment for something to happen, Lozano and Epsenhart readied their material for another New York industry reading. It was this reading that caught the attention of Rachel Sussman, director of programming and artist services at the New York Musical Festival. Shortly after, she invited Children of Salt to participate in the 2016 Festival. Having applied to NYMF twice before, and having been turned down both times, Lozano and Epsenhart were ecstatic. Children of Salt was produced in concert in June of 2016 at the Metropolitan Room of Manhattan and is having its world premiere with NYMF at the Pearl Theatre on July 20, 2016.

At first glance, one would not assume the two would gravitate toward one another. Lozano, 37, and Epsenhart, 31, are opposites in many ways, but both share a common passion for storytelling with music and words. In the almost nine years the two have known one another, there have been marriages, pregnancies, illness, and everything in between. Yet, the two have managed to keep a writing relationship, a friendship, intact.

In a recent interview, Lozano interlaced his fingers, glancing in the general direction of Epsenhart, “It somehow just works. We are a good match.”

Epsenhart laughed, “I suppose you are stuck with me forever.”