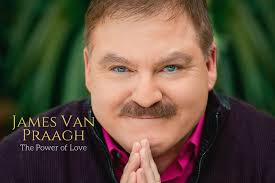 James Van Praagh is the internationally renowned #1 New York Times bestselling author of a multitude of spiritual classics including Talking to Heaven, Reaching to Heaven, Healing Grief, Adventures of the Soul, The Power of Love, and Wisdom From Your Spirit Guides. James Van Praagh is hailed throughout the world as a pioneer bringing solace, peace, and spiritual insights, changing millions view of both life and death.

James has appeared on virtually every well-known national radio and television show since the late 90’s including Oprah, Larry King, Dr. Phil, 48 Hours, The View and many more. He was the host of his own nationally syndicated show Beyond, being one of the first to demonstrate his paranormal skills to markets around the world. James’ life was portrayed by Ted Danson in the critically acclaimed CBS movie “Talking To Heaven,” and as producer creating a mini-series “Living With The Dead” based on his work and CBS’s long running series “The Ghost Whisperer”.

Fans of James can tune in to his popular Hay House Radio Show every Tuesday at 11:00 am pacific. He also shares insights and messages from the Spirit realm through his website and blog at http://www.vanpraagh.com and via social media.

T2C had a chance to interview this humorous man who takes to people beyond the veil.

T2C: When did you first speak to a person that passed on?

James Van Praagh: When I was a kid, I was the kid in the “Sixth Sense”. In my crib I could see my Grandfather’s aura. I could always see angels since I was a child and I thought everyone could see them. I learned one day that was not the case and my mother told me she could see them too. When I was 21, I saw a psychic who said “you are going to talk to dead people and change the world’s perception in about two years. I didn’t believe it, yet I knew details nobody knew. I meditated and used visualization to get what I needed, then about two years later while working at Paramount, I saw a co-worker’s granddaughter die before she knew and told her. That was the real beginning.

T2C: What has been the most complicated part?

James Van Praagh: Living people get in the way, they just don’t get it. The truth is so strong within me to change the consciousness and the mindset and the ignorance of humans.

T2C:  What has been the most rewarding?

James Van Praagh: The healing, that has been provided for people. Spirits get right to the point and get to the soul of the person. At the Maui Performing Arts Center a 3 year old dead girl appeared and said “its my birthday”, my parents are here in back row in an angel tee shirt. The parents were there except the father had tatoo’d two angel wings to his back to remind him of his child. Healing can transcend time and space.

T2C: What is the most asked question?

James Van Praagh: What is the most credible reading that you have done. The answer is the ones by children. They do not have the adult garbage that we carry. One child said “Mom I died once, don’t make me die everyday in your thoughts”.

T2C:  What is the message most often told?

T2C: Are you ever given messages from spirits that have something to impart to the world?

James Van Praagh: Be very careful how you treat other people. Thoughts words and deeds have power.

T2C: You created The Ghost Whisper. What did you want to accomplish with that series?

James Van Praagh: Teaching. I wanted people to see how another form or medium teaches that there is life after death. Fear is unfortunately how our wold is based. I made sure that ending of The Ghost Whisper, showed an awarenesses along with a positive attitude. With truth and souls headed into the light. She healed those who came to her. I wanted to leave people with that energy. Love and life continue on.

T2C: Right now spirituality is being tested, what do you have to say to that.

James Van Praagh: We are involved in an interesting time. We are living in an opportunity to look at ourselves and treat ourselves better. It is all about change.

T2C: We are in a world right now that seems out of control, are your spirits upset over this?

James Van Praagh: No. We live in a minimal world, within worlds. The earth is like a grain of sand on the beach. There are million of galaxies, earth is one of the lowest. We exist where money and power and greed are rampant. Great place to learn the various lessons. Love instead of Fear, forces you to go back to self. We need to look at this and get a perspective of our lives. Politics will change, look at our values.

James Van Praagh: That I am a normal person. I am more down to earth, I am funny and I love to dance. Dancing bring everyones energy up.