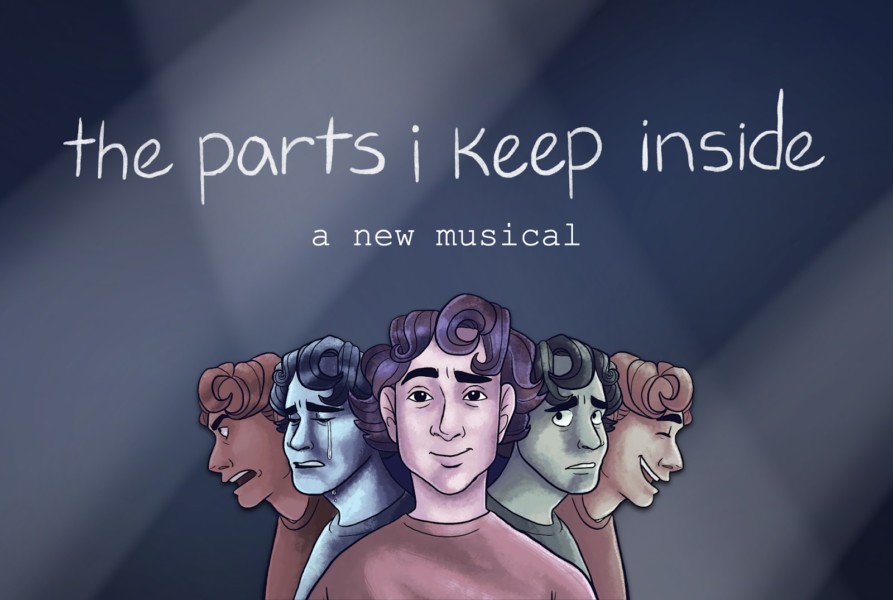 On July 9th and  July 11th, 2022 at 7:00pm Rye Entertainment and Jes Theatrical will present The Parts I Keep Inside: A New Musical at 7:00pm at The Triad Theatre. The Parts I Keep Inside is the new musical by award-winning composer/lyricist Jeffrey Schmelkin (Untitled Time: A New Musical, What’s Wrong With The World?) that delves deep into the many intertwining storylines that make up each facet of the human mind and soul.

T2C talked to this duo to learn more about how they brought this show to life.

Jeffrey Schmelkin has had his work all around New York including Feinstein’s/54 Below and The Midtown International Theatre Festival. He has received the Peggy Deutsch Endowed Memorial Scholarship for Music Composition. Jeffrey founded JES Theatrical, LLC, a theatre company that produces his original works in New York City and beyond. The Parts I Keep Inside: A New Musical  is the most personal work that Jeffrey has put out so far. www.jeffreyschmelkin.com

Rye Entertainment was founded by Rye Myers, Rye Entertainment LLC. has produced and hosted cabarets, song cycles, red carpet and behind the scenes segments, award show rounds ups, and now a musical, The Parts I Keep Inside. Rye also works one on one with creatives as a coach and consultant to help them produce the project of their dreams, grow their brand, live the dream life they want and so much more.  www.RyeEntertainment.com. Rye Myers is also a talk show Host and known as “Your Broadway & Entertainment BFF!”. As a Host, he is the founder of RyeTheNewsGuy.com, an entertainment and Broadway platform focused on interviews and content with some of the biggest names in show biz. He also is the Host and Exec Producer of the FREE in-person Broadway talk show Live with Rye & Friends on Broadway on Sundays at 6:00 pm at the Broadway Makers Marketplace at Columbus Circle. For all Hosting ventures including interviews with Oscar, Grammy, Tony and Emmy winners and nominees head to www.RyeTheNewsGuy.com.

The Parts I Keep Inside: A New Musical follows four storylines that make up the inner workings of the onstage music director aided by the songs of the onstage composer. These four characters eventually complete their arcs in their individual journeys to greater purpose as the music director attempts to find inner peace of their own.
The Parts I Keep Inside helps foster the space for any audience to laugh, cry, and reflect on their own lives with the gentle comfort knowing that they don’t have to go it alone. Last summer, the song cycle version of The Parts I Keep Insideplayed a sold-out performance at the Triad Theater—one of the first live performances in New York since the shutdown. Since then, the work has been developed into a full 90 minute musical which eagerly awaits its presentation this summer!
The Parts I Keep Inside will be performed at The Triad Theater (158 West 72nd Street) on July 9th and 11th, 2022 at 7:00pm. Doors open at 6:30pm. Tickets are $40 with a two drink minimum and can be purchased by visiting www.thepartsikeepinside.com/tickets.
The general public can also help support this brand new musical by donating to the show’s GoFundMe campaign! The funds donated through this GoFundMe campaign will help to offset production costs including rehearsal spaces, cast and band payments, marketing and advertising fees, tech fees, and more. No amount is too small and of course no amount too big. As a perk, if you donate $50 or more, your name (should you choose to disclose) will be mentioned in the program! Visit https://gofund.me/f097aa8e to donate today!
Video is by Magda Katz
Related ItemsJeffrey SchmelkinMagda KatzNewnew musicalRye MyersThe Parts I Keep Inside: A New Musical
Music