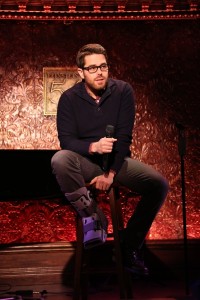 Feinstein’s/54 Below is thrilled to welcome Josh Young to the stage this February! The multi-talented star, known for his performances as Judas in Jesus Christ Superstar (Tony nomination) and John Newton in Broadway’s Amazing Grace, will be presenting an evening of showstoppers, comprised of all of your Andrew Lloyd Webber favorites. The concert will include songs from Jesus Christ Superstar, Evita, Phantom of the Opera, and more as Young guides you through Webber’s most celebrated musicals and most thrilling numbers. Join us for an evening of historically renowned songs sung by one of Broadway’s best.

T2C talks to Josh about his up-coming show.