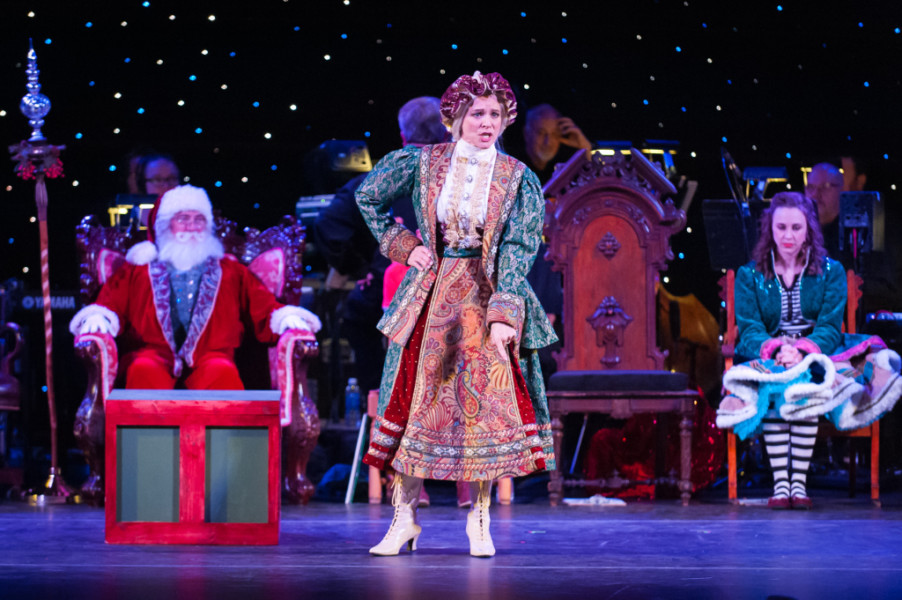 Performed with many prominent symphonies in concert, numerous television commercials. Other television: Into The Woods (PBS Great Performances), All My Children, Cosby Murder Mysteries, among others. Original Cast Recordings: Into The Woods, and Kris Kringle; The Musical

Kim now lives in Springfield, Missouri and is married to her Prince, actor Robert Westenberg. Three children! Kim is pleased to, once again, be a part of Kris Kringle having played the role of Mrs. Claus at Town Hall (NYC).

Filmed by the amazing Magda Katz.

Genevieve Rafter KeddyNovember 24, 2021
Read More
Scroll for more
Tap
What To Watch December 9th To Take Away The Blues
NYCC 2020 Gala: An Evening with Audra McDonald and So Much More