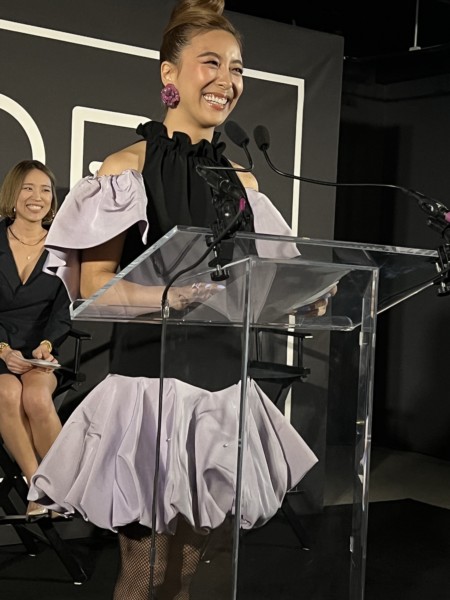 Luna, is a South Korean singer, musical actress and television presenter. In 2006, SM Entertainment recruited Luna after seeing her performing on an SBS television program, Truth Game. She later debuted as the main vocalist and lead dancer of South Korean girl group f(x). Luna also made several solo appearances. In 2010, she appeared as the regular member of Star King for a long time and earned a Newcomer Award from the SBS Entertainment Awards.

Apart from her group’s activities, Luna has established herself as a musical actress in the original and Korean versions of stage musicals including Legally Blonde, Coyote Ugly, High School Musical on Stage!, School OZ Hologram Musical, In the Heights, Rebecca, Rudolf (The Last Kiss) and Autant en emporte le vent (Gone with The Wind). She also starred in the film The Lightning Man’s Secret (2015). 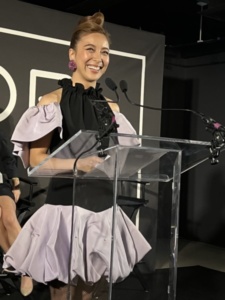 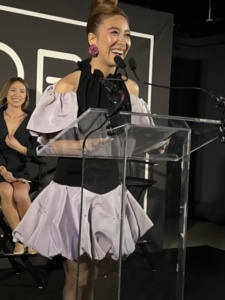 Now she is about to star in KPOP the new musical headed to Broadway. T2C talked to this global sensation who answered in Korean and then was interpreted.

In KPOP global superstars put everything on the line for a special one-night-only concert, one singer – played by K-pop and musical theater sensation Luna – faces an inner struggle that threatens to dismantle one of the hottest labels in K-pop. Pulsing with infectious beats, electrifying choreography, and breathtaking joy, KPOP  is an all-consuming multimedia experience that explores the relentless discipline, raw talent, and commercial ambition behind the heart-thumping international phenomenon.

KPOP, The Musical, which was written by Helen Park, Max Vernon and Jason Kim and first premiered off-Broadway in 2017 at the Ars Nova theatre.

Get tickets now to KPOP the award-winning show that opened Off-Broadway to critical acclaim and sold-out crowds as it prepares to take over Broadway this fall.