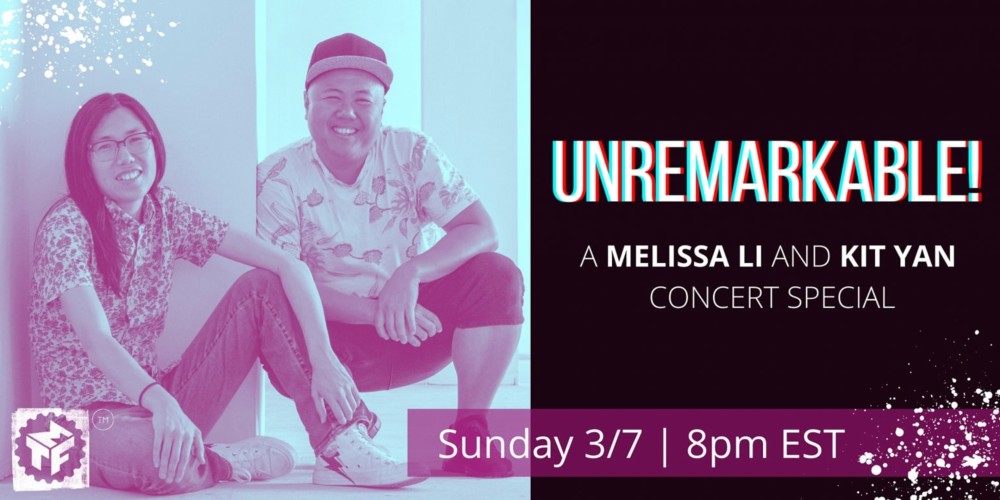 Melissa Li and Kit Yan began as a duo in 2008, by 2013, they began to develop the show Interstate, which tells the story of a queer Asian American band on their first cross-country tour and how they inspire a South Asian trans teen in Kentucky. For this project, they were nominated for 7 NYMF Awards for Excellence and won 5 awards, including Outstanding Lyrics and a Special Citation for Representation & Inclusion.

T2c talked to this talented duo and learned a lot about what’s next!

Kit a spoken word artist and Melissa a singer-songwriter, believe their work is to bring social justice and LGBTQ awareness! MISS STEP was commissioned by The 5th Avenue Theater’s first draft program and won a 2019 Vivace Award from the Bret Adams and Paul Reisch Foundation. Most recently, they completed a Keen Company Commission. Their work has been supported by The 5th Avenue Theatre, Playwrights Horizons, Weston Playhouse, Goodspeed’s Musicals Johnny Mercer Colony, The Village Theater, Musical Theater Factory, Dixon Place, and many others.

Individually, Li is a recipient of the Jonathan Larson Award, a Dramatists Guild Foundation Fellow, and a Lincoln Center Theater Writer-in-Residence. Her own musicals include Cancelled and Surviving the Nian.

Yan is the 2019 Bret Adams and Paul Reisch Vivace award winner and together with Li, was named a fellow at the Dramatists Guild Foundation, Playwright’s Center, and Company One/Pao Arts. His solo show Queer Heartache won 5 awards at the Chicago and SF Fringe Festivals. He is a current Playwright’s Center Many Voices Fellow.

The Kleban Foundation which was established in 1988 under the will of Edward L. Kleban, best known as the Tony- and Pulitzer Prize-winning lyricist of the musical A Chorus Line. Kleban’s makes provisions for annual prizes, which gives $100,000, payable over two years.

Suzanna BowlingSeptember 25, 2020
Read More
Scroll for more
Tap
What to Watch in The New Year: March 3
From SNL to A Solo Album Robert Bannon Says Never Give Up On Your Dream